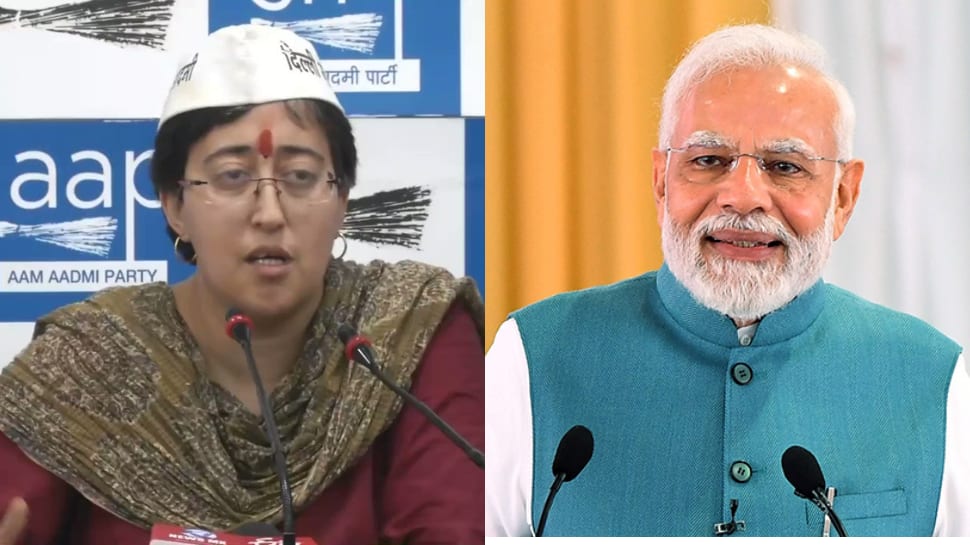 
New Delhi: After the defection of eight Congress MLAs in Goa, the AAP on Wednesday called the BJP a “serial killer of democracy” and slammed the CBI for not taking any action against it. The Arvind Kejriwal-led party also claimed the BJP is trying to topple the Chief Minister Bhagwant Mann-led government in Punjab and has offered Rs 25 crore each to 10 AAP MLAs to switch sides. In a body blow to the Congress, eight of its MLAs in Goa, including former chief minister Digambar Kamat, joined the ruling BJP earlier on Wednesday. The opposition party is now left with just three MLAs in the 40-member Assembly.

On August 31, an AAP delegation staged a dharna outside the Central Bureau of Investigation (CBI) headquarters here and lodged a complaint with the agency urging it to conduct a probe into the BJP’s alleged ‘Operation Lotus’ to topple Chief Minister Arvind Kejriwal-led government in Delhi.

“The BJP’s Operation Lotus has succeeded in Goa today. I want to ask the BJP how much money was offered to the Congress MLAs in Goa for switching sides,” AAP spokesperson Atishi said at a press conference at the party headquarters here.

“Why is the CBI not carrying out raids and searches at the residences and offices of the leaders of the Congress and the BJP in Goa? Crores of rupees will be recovered if the probe agency conducts raids,” she charged.

Atishi claimed the BJP is trying to topple the AAP government in Punjab after it was unsuccessful in poaching party MLAs in Delhi. “The BJP is a serial killer of democracy. Its Operation Lotus has reached Punjab after it failed in Delhi,” she said.

Last month, the AAP alleged that 40 of its Delhi MLAs were offered Rs 20 crore each by the BJP to switch parties but none of them yielded under the pressure. Now, the BJP has set a target of poaching 55 AAP MLAs in Punjab and approached 10 of them so far. It has offered Rs 25 crore to each MLA to join the BJP, Atishi alleged.

“They (BJP) have also offered Rs 50-60 crore and ministerial berths to each of those MLAs who will bring other AAP legislators with them into the BJP fold. Under Operation Lotus, they have kept Rs 1,375 crore in cash to breakaway AAP MLAs and topple the party’s government in Punjab,” she said.

Let alone poaching MLAs, the BJP will not be able to bring into its fold even a single AAP worker by any means, she asserted. AAP MP Sanjay Singh dubbed the BJP a “kidnapping gang” and said its “total focus” is on its ‘Operations Lotus’ to dislodge governments of other parties in different states.

“If the CBI and the ED do not take any action, it would be clear that they are also hand in glove with the BJP and are contributing as members of the BJP’s kidnapping gang,” Singh charged. He demanded that the CBI take action against the BJP over its alleged ‘Operation Lotus’ and the Supreme Court take cognisance of the matter.

Taking a swipe at the Congress, AAP chief spokesperson Saurabh Bharadwaj said its MLAs switched sides despite having taken a vow against defection and visiting temples, mosques and churches before the state polls earlier this year.