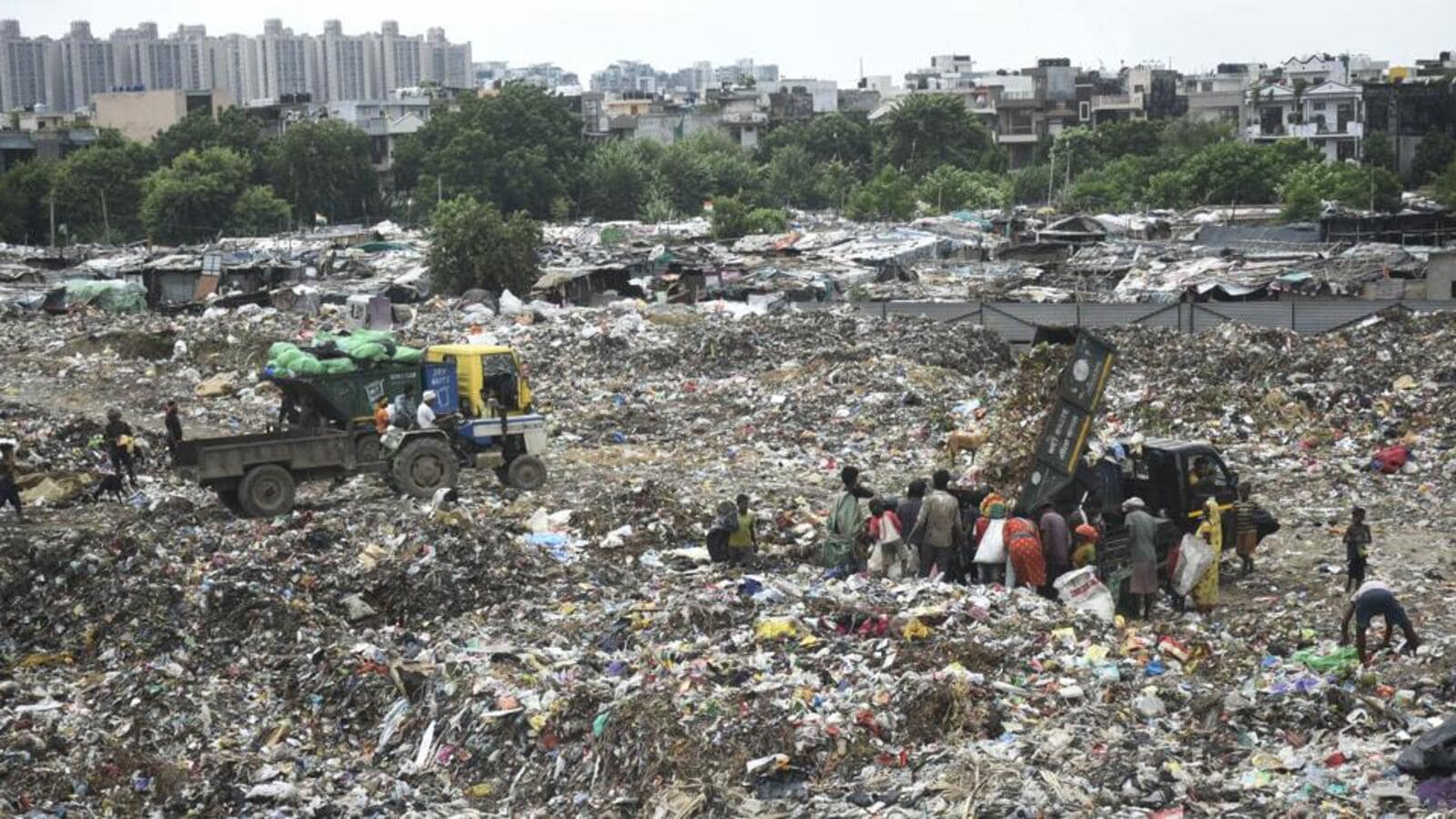 
Ghaziabad:After being heavily penalised by the National Green Tribunal (NGT) last week, the Ghaziabad Development Authority (GDA) has decided not to dump fresh solid waste at the Shakti Khand site in Indirapuram. The tribunal in its order on September 6, imposed a hefty environmental fine to the tune of ₹200 crore against the Ghaziabad municipal corporation and the GDA.

Solid waste dumping activities have been in place for years at the Shakti Khand site and the Confederation of Trans-Hindon Residents’ Welfare Association moved the NGT in 2018 against the unhygienic conditions prevailing in their area.

The tribunal finally disposed of the petition while slapping a ₹50 crore fine against the GDA and ₹150 crore against the corporation. GDA officials estimate that an average of about 95-100 metric tonnes of solid waste from Indirapuram is dumped at the Shakti Khand site on a regular basis.

The corporation has already cleared the Shakti Khand landfill where they took up bioremediation of about 1.5 lakh metric tonnes of legacy waste till March 31 this year.

“The leftover legacy waste created due to fresh dumping at the site will also be cleared in due course,” Gupta added.

Authority officials said that for the processing of fresh solid waste, the authority will pay ₹425 per metric tonne as processing fees to the corporation.

The two agencies faced flak from the tribunal for “far from satisfactory” management of sewerage and solid waste in Ghaziabad city.

The other landfill site in question is located in Pratap Vihar from where the corporation bioremediated about 491,000 metric tonnes of legacy waste.

The Pratap Vihar landfill site, biggest of the two, was shut in January 2019, on the directions of the NGT-appointed Uttar Pradesh Solid Waste Management Monitoring Committee. It is adjacent to Siddharth Vihar, where housing and commercial development has picked up pace in the last five years.

Ghaziabad municipal commissioner Mahendra Singh Tanwar was not available for his comments over the NGT development.

Members of the petitioners’ association said that their fight against dumping of solid waste at the Shakti Khand site seems to be moving forward.

“We have been fighting a legal battle for the past four years. Once the fresh dumping and dumped legacy waste gets cleared, residents will breathe a sigh of relief. The permanent solution for the solid waste disposal is to come up with the proposed waste-to-energy plant at Galand. However, it has been several years and the project is yet to take off,” said Kuldeep Saxena, coordinator of the petitioners’ association.

The site at Galand was proposed by the UP government about three years ago and the authority has already allotted 33.10 acres of land to the corporation for dumping and treatment of waste.

The work for the plant is yet to start as there is opposition from local residents of nearby villages. The site is located under the jurisdiction of Hapur district, sources said.