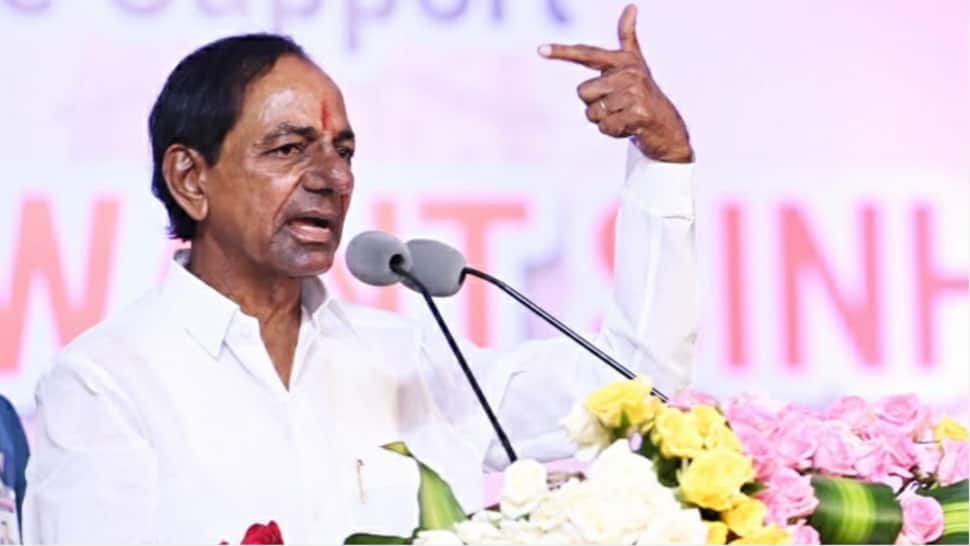 
Hyderabad: Ending speculations, Telangana Rashtra Samithi President and Chief Minister K Chandrashekar Rao on Sunday said he would launch a national party following more discussions with a cross-section of society. Seeking to provide a national alternative to the dominant BJP and the Congress party, that are attempting a bounce back, the TRS supremo said it would reach a consensus on “alternative national agenda,” by continuing discussions with various stakeholders. Rao made it clear that the launch of the party and formulation of policies would follow extended discussions with intellectuals, economists and experts from various fields.

Earlier on Sunday, former Karnataka Chief Minister H D Kumaraswamy called on Rao and discussions were on the contours of the proposed outfit.

The move takes forward Rao’s “BJP-mukt Bharat” (BJP-free India) pitch and follows deliberations with several leaders belonging to parties other than the BJP and Congress.

An official release from Rao’s office said that discussions preceded with a cross-section of society similar to initiatives ahead of the launch of the movement to seek a separate state of Telangana and such deliberations would continue.

“Very soon, the formation of a national party and formulation of its policies will take place,” the release said.

Kumaraswamy welcomed KCR’s proposed national party and hoped that the Telangana Chief Minister would play a key role in the country’s politics, it further said.

‘Bharat Rashtriya Samiti’ (BRS), ‘Ujwal Bharat Party’ and ‘Naya Bharat Party’ were among the names that reportedly cropped up recently in the TRS circles for the proposed national outfit. However, there was no official confirmation.

Rao, who has been blaming the saffron party’s government at the Centre for the “ills” plaguing the country, has been batting for a vibrant role for Telangana in national politics.

The BJP in Telangana has been working aggressively to take on the ruling TRS and the saffron party emerged as a force to reckon with in Hyderabad municipal polls. It also managed to win two Assembly bypolls (including Huzurabad) while the TRS won the other two. The BJP leaders have also been touring Telangana vigorously.

The TRS, in its Foundation Day event in April this year, adopted a resolution that the party should play “the key role in national politics” in the wider interest of the country as the BJP is exploiting “communal sentiments” for its political convenience.

During such discussions, topics like BJP’s alleged anti-people policies and bringing about a “qualitative change in the country” came up.

Recently the presidents of TRS district units called on Rao, also known as KCR, and nudged him to take the “national politics plunge” to put an end to BJP’s “anti-people rule” at the Centre.

The JD(S) leader assured to stand with him and wished good luck to the new front.

“Elderly Statesman Sri KCR said that he will take a plunge into national politics around 2023 Karnataka Assembly elections and before Vijayadashami festival,” he said in another tweet.

Kumaraswamy and Rao discussed the development of Telangana and the role of regional parties in national politics. Also, the deliberation was on the key role that KCR should play in national politics in the present situation, the release from Rao’s office said.

The JD(S) leader said the country urgently needed a senior leader like Rao, considering the “space for an alternative” in the current national politics, according to the release.

KCR apprised Kumaraswamy that there is “increasing pressure” on him to enter national politics and lead the country like he did for Telangana.

Both the leaders opined that the people have formed an opinion that the Congress is not a strong alternative to the BJP. The public have lost faith in the leadership of the grand old party, the release stated.