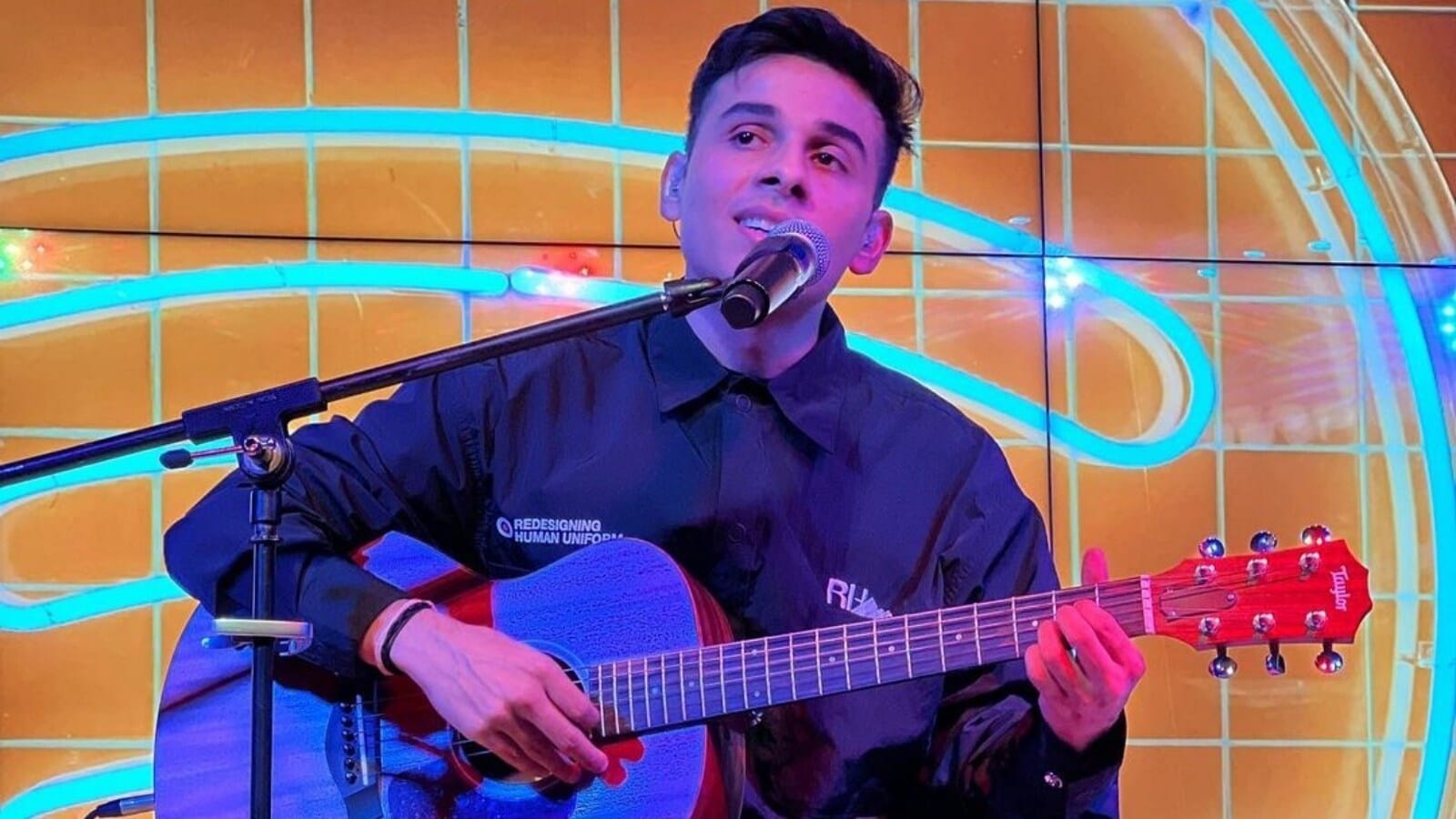 
Singer Anuv Jain just released his ninth single Mazak and is amazed at the response from fans. Within 24 hours of the release, Mazak recorded double the numbers than any other songs of Anuv, who rose to fame with songs like Ocean, Baarishein, Riha, and Maula. “All of my songs have a story behind them, they are all my stories. Mazak talks about love—when you least expect to fall in love, it just hits you like a truck. It’s based on a personal experience, maybe it’s too soon to share right now,” he told Hindustan Times exclusively. (Also Read | Anuv Jain: An artist cannot be scared of sharing emotions)

Mazak brings back memories of Anuv’s hit song Gul. But he thinks they are completely different. “I am not entirely sure about the similarities because Gul was actually a song about moving on. Mazak is about falling in love. It’s not exactly related but if people want to interpret it that way then it’s up to them.”

Not only Anuv’s song, but often social media users have compared the 27-year-old singer to indie artist Prateek Kuhad. Both of their songs are dominated by relatable emotions in lyrics followed by the magic of the acoustic guitar. Anuv said, “Honestly, the comparison is very flattering; Prateek is an amazing musician, absolutely brilliant. But at the same time, I completely understand that we are two very different musicians. The thing is that I understand comparisons, at the same time, I think they should understand our stories are different. I don’t think the comparison is valid but it’s fine, I will take it. I don’t really have a problem.”

Anuv enjoys a massive fan following, especially when it comes to female listeners. After a parody video saying ‘Men break’ went viral on Instagram, the singer recalled, “This is actually very funny, and nobody has asked me before. My mom and I watched that video together. We were laughing and watched it like ten times. But honestly, it’s just an exaggeration.” He believes his songs have brought people together rather than causing a rift. “When my song comes out, people share it with their partners, and people have literally made friends over my songs. That just builds a sense of community, rather than breaking up because I have female fans who love me more than their boyfriend.”

Talking about his crazy fan following, the popular singer revealed how people often reach his house to meet him. “I have a lot of people who turn up at my house, in every few days; this is a little scary honestly. I would like people to not do that.” You might think this is his craziest fan story but wait! He added, “One day I was coming back home, I was driving my car. There were a bunch of guys in a car next to me. They saw me and asked me to roll my windows down and went like ‘dude are you Anuv Jain?’ I was like ‘ya.’ I thanked them and started moving. But, these guys kept following me. That’s when my driving skills came to play and came out of that. “

So, is Mr popular Anuv seeing someone? He dropped a subtle hint, “Let’s see how it goes. I’m not sure.” He shares a close bond with his sister Anigha Jain who is often mistaken as his girlfriend on Instagram, but Anuv doesn’t mind it. He finds it funny. “There will always be new people following you who don’t know about you. It’s normal. It’s fine. You can’t get context every time. People who follow me and my music know my story but how many times can you tell the same story?”

Internet sensation Anuv is among the new independent artists. But, unlike others, you will find him wearing a comfy t-shirt with shorts during his live performances. He, who follows a simple lifestyle, explained, “I’m actually very confused about fashion. I recently asked a friend ‘I don’t look like somebody who performs in front of 1000s of people. Shouldn’t I be a little jazzed up?’ I wear anything that I have. I don’t shop very often, I find it very wasteful.” The singer prefers to repeat clothes and hopes to experiment gradually in the future. “But I am never going to wear anything flashy like a diamond-studded jacket.”