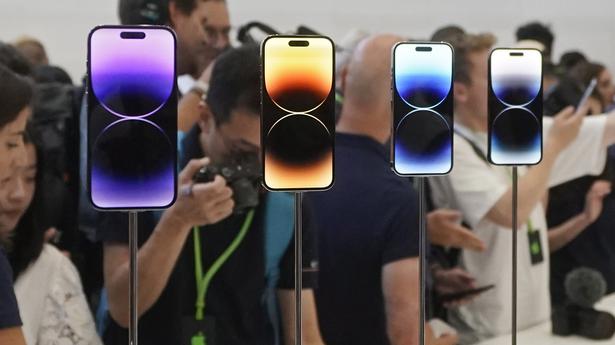 The dollar’s strength is the biggest risk to Apple’s earnings, Credit Suisse analysts wrote in a note

The dollar’s strength is the biggest risk to Apple’s earnings, Credit Suisse analysts wrote in a note

Apple Inc. on Wednesday kept prices for its latest iPhone stable in the United States, but raised prices in some Asian countries where currencies have dropped against the dollar in the past year.

The iPhone 13 currently costs 107,800 yen in Japan. Earlier this year, Apple hiked the price of the model by nearly a fifth to 117,800 yen after the yen weakened.

The dollar’s strength is the biggest risk to Apple’s earnings, Credit Suisse analysts wrote in a note.

“Demand for Apple remains strong in the U.S. and Europe, while Japan is likely under pressure given recent price increases and limited subsidies,” they said.

Shares of Apple were trading slightly lower amid a decline in the broader market.

Analysts have said Apple should brace for a weakening of demand in China, where the economy has been hurt by a series of COVID-19 lockdowns that have squeezed consumer spending.

Apple’s April-June quarterly revenue in Greater China fell 1% after a streak of strong quarters in the region.

The company had previously announced discounts on iPhones in China, where the iPhone 13 is now available at 5,399 yuan.