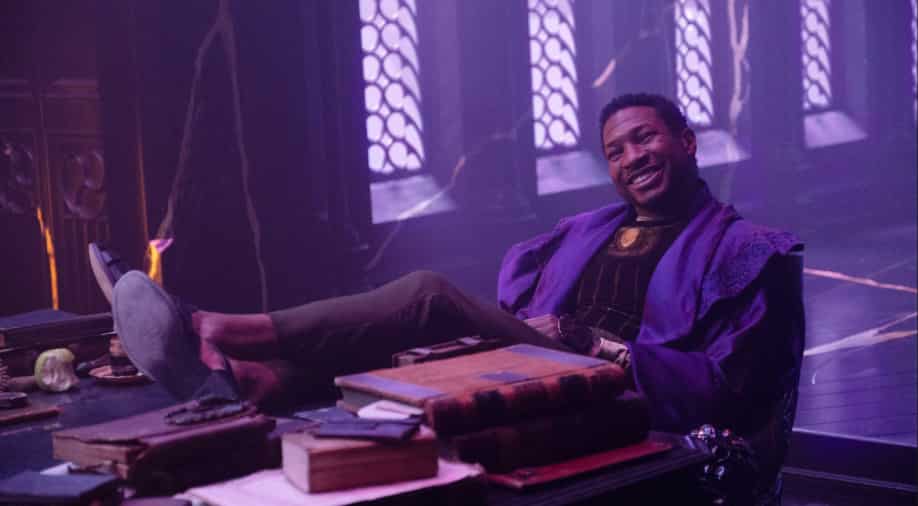 
‘Avengers: The Kang Dynasty’ will be the next and fifth installment in the ‘Avengers’ franchise of the Marvel Cinematic Universe. As the title suggests, it will have something to do with Kang the Conqueror, the character from Marvel Comics that will be played by Jonathan Majors. ‘Kang Dynasty’ is being directed by ‘Shang-Chi’ helmer Destin Daniel Cretton. Now, as per Deadline, the movie now also has a writer. Jeff Loveness, who has also scripted the upcoming third installment in the ‘Ant-Man’ series, ‘Ant-Man and The Wasp: Quantumania’, will pen ‘Avengers: The Kang Dynasty’. It should be noted that ‘Quantumania’ will be the first appearance of Majors as Kang. The actor did play a gentler ‘variant’ of the character in the finale of the TV series ‘Loki’.

The said variant, called He Who Remains, had warned Loki and Sylvie about his destructive variants who can potentially wreak havoc on the multiverse.

Also Read: ‘Avengers: The Kang Dynasty’ and ‘Avengers: Secret Wars’: Everything to know

The plot details of ‘Kang Dynasty’ are being kept under wraps. The movie will likely draw from the Marvel Comics storyline of the same name.

Kang is a popular character among comic-book readers. As his title ‘Conqueror’ hints, he loves conquering. But his conquests are not of land but temporal. A descendant of Nathaniel Richards, which is also Kang’s own name, and also of Reed Richards, better known as Mister Fantastic, Kang found out about the time travel technology invented by Doctor Doom and sought to use it, thus becoming a conqueror of temporal domains.

In Kang Dynasty, Kang attacks the earth along with his son Marcus or Scarlet Centurion (a mantle that was earlier held by Kang). The huge storyline is certainly worth an ‘Avengers’ movie. The movie will likely be bigger than the last two movies in the franchise — ‘Infinity War’ and ‘Endgame’, which themselves brought together a cast of dozens of characters.

‘Avengers: The Kang Dynasty’ is scheduled to be released on May 2, 202