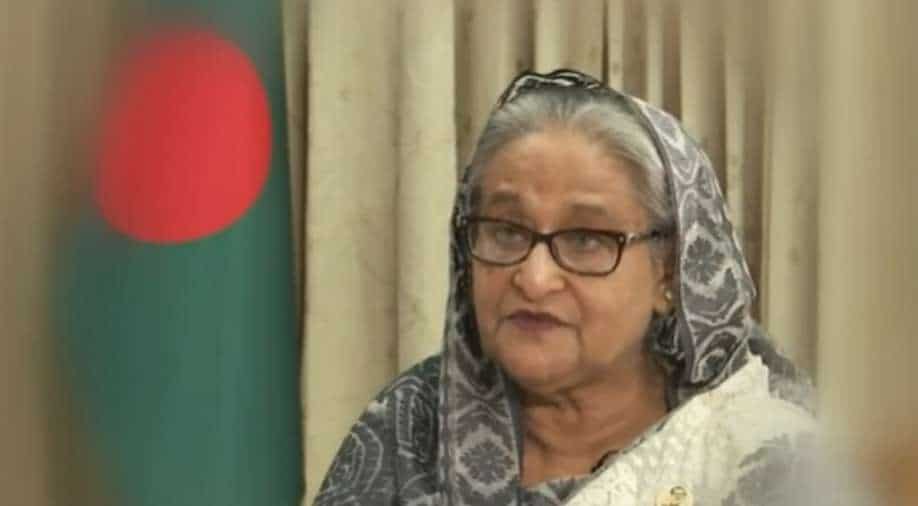 
Seeking to assure the predominantly Hindu minorities in her country and the global community at large, Bangladesh Prime Minister Sheikh Hasina said that her government strongly supports secularism and any attempts to disturb communal harmony are immediately dealt with. In an interview with ANI ahead of her visit to India, Hasina, however, contended that extremism was not limited to her country as many countries, including India, were witnessing it.

She said one of the reasons for the rising extremism was social media, which had become “very very bad nowadays”.

“As long as we are in power, we always give importance to that and I always tell them (the minorities) that you are our citizens. You should own our country. But some incidents sometimes take place but immediately we take action. It is sometimes, it happened, it’s very unwanted situation, but you know very well it is not only Bangladesh, even India also sometimes minorities suffered,” she said.

There have been reports about attacks and hostility against the minority Hindu population in Bangladesh. Some reports have mentioned attacks on Durga Puja pandals or places of worship. Hasina, however, said that it was important that countries show magnanimity, when asked about incidents of attacks on the Hindu minority population.

“I think that both the countries should show their magnanimity and on our part, you know Bangladesh is a secular country and we have many religions here. And the religion harmony is here, very much. So one or two incidents when they take place, immediately… especially my party… my party people, they are very much, conscious about it and also my government. We immediately take action,” she said.

Asked to comment on the role of the radical community of bloggers and others on social media in Bangladesh, Hasina said that it is not desirable that people write things to hurt each other and added that her government tried to curb any such activity.

“Look extremism is everywhere. Even in India, or other countries if you see in the world, there are many countries you can find it out. So because of social media it has become very… very bad nowadays. Some people sometimes write something. Even sometimes it`s not the bloggers but even other religion or so… Sometimes they write and then immediately people they come, but we have been trying our best to control it. We never support that. Each and every religion, they have their right to perform their religion properly, and one should not say such a thing that will hurt the other religion,” she said.

Last month, responding to incidents of violence in some parts of Bangladesh, Hasina, while addressing the minority Hindus, had said that they had the same rights as her. She made the comments on the occasion of Janmashtami. Earlier, there were reports from southwestern Bangladesh that temples, shops, and houses of Hindus were vandalised.

Hasina, told ANI, that while some incidents occurred, Bangladesh has a tradition where people of all religions take part in all celebrations.

“We all, together we celebrate… As a cultural event, even you can see in Bangladesh, during Durga Puja. So many places, we have Durga Puja and people celebrate all together. So the religion harmony is there but now some… here and there some incidents happen but our government immediately takes action against them,” the Bangladesh PM said.

Asked about the prevalence of cattle-smuggling from India into Bangladesh, Hasina said the issue was under discussion and the magnitude of the problem has been reduced a lot.

“But still sometimes some incident takes place. So we discuss with India that they should show some patience and this cattle trafficking. Already you know, nowadays in our country, now we don’t depend on Indian cows much. We are growing our own, you know, cattle here because we need it. But some border smuggling takes place. So the two sides, the border forces, they are sitting together. Any incident happens, they hold the flag meetings, they discuss. So yes, we’ll say the assurance that it will reduce so it should not take place,” she said.

Hasina is set to visit India on a key bilateral visit from Monday. Hasina’s four-day India visit is being seen in both countries as an opportunity to further enhance the time-tested cooperation between the two fastest growing South Asian economies. It is expected that the Bangladesh Prime Minister would also discuss defence cooperation and regional stability with her Indian counterpart Narendra Modi.