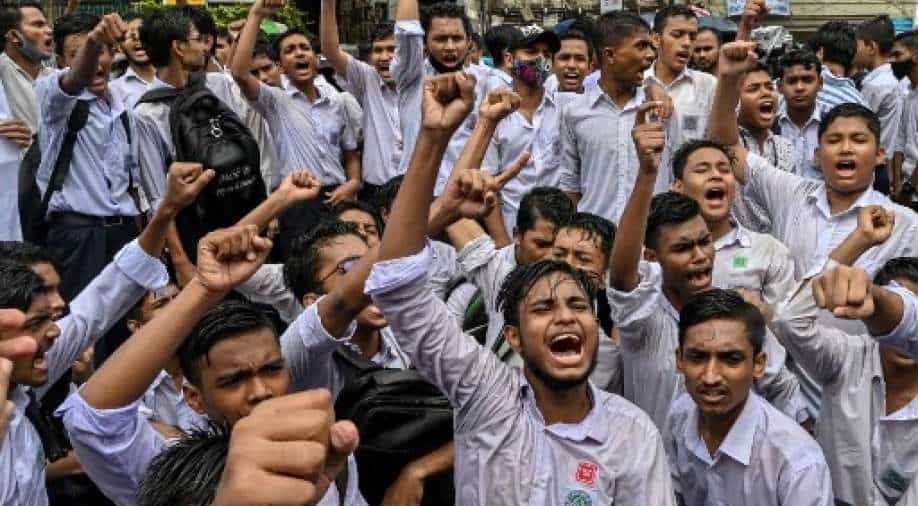 
At around 11:30 am, some angry students blocked the Farmgate and Bijoy Sarani crossings and protested there for two hours, demanding both a speedy trial for those responsible for the death of their fellow students and safe roadways.

In a news release, the Socialist Chhatra said that their activists were injured in an attack by the ruling party student wing after the protest.

The general secretary of the Chhatra Front, Sovon Rahman, stated that some of their members took part in the student protest and were waiting for a bus following the rallies in the Farmgate neighbourhood. They were then surrounded by the BCL activists, who began beating them.

Sovon, who identified himself as one of the injured, alleged that the BCL also attacked the bus.

The protests were held after a student, Ali Hossain, was struck and killed by a microbus as he was crossing the street. The driver was later taken into custody after reviewing 37 CCTVs located close to the area.

Classmates of Ali reported that they’ll continue the protest until the victim’s death is given due justice.

The students withdrew their demonstrations after police and teachers committed to acting right away in relation to the accident.

However, on Tuesday (Sept 13), the protesters declared they would return to the streets.

Similar instances have occurred earlier as well. It happened in 2018, which also led to protests in the country.

(with inputs from agenices)