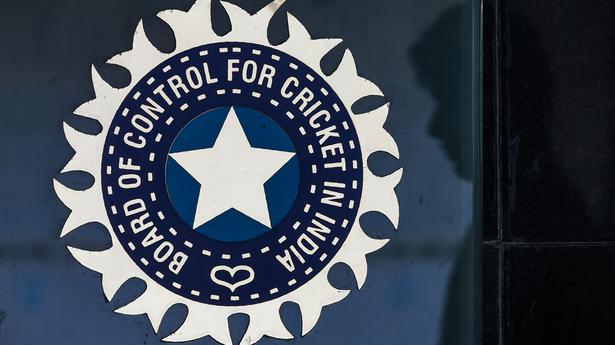 It was hearing a plea by BCCI for permission to amend its Constitution. The case is significant as the date of amendments may decide the tenures of its president Sourav Ganguly and secretary Jay Shah

It was hearing a plea by BCCI for permission to amend its Constitution. The case is significant as the date of amendments may decide the tenures of its president Sourav Ganguly and secretary Jay Shah

The Supreme Court on Tuesday is considering whether the three-year cooling-off period for Board of Control for Cricket in India (BCCI) office-bearers should kick in only after they complete two consecutive terms in the apex cricket body.

A Bench led by Justice D. Y. Chandrachud orally observed that imposing a cooling-off period of three years after only one term in office would be “too stringent”.

“A cooling-off period of three years after just one term of three years in office is really too stringent. People should be allowed to get acquainted… You will have networks, deal with international counterparts,” Justice Chandrachud remarked. The court’s suggestions came while examining a plea by BCCI for permission to amend its Constitution.

However, the court did not prima facie agree with the BCCI proposal to remove the bar on sending persons above 70 years of age to the International Cricket Council (ICC). “Why should you have 75-year-old representing us in the ICC? Let younger people represent us in the ICC,” Justice Chandrachud said

Solicitor General Tushar Mehta replied that it would be beneficial for the nation to have veterans in the ICC. “Their word will count and will be respected. They will have stature and can negotiate in the ICC,” Mr. Mehta said.

“Let people after 70 give way to the younger generation. I mean, there may be fantastic doctors and lawyers at 70, but this is sports… We are not compelling you to send a 20-something person to ICC, you could send a 60-plus… Don’t tell us Cricket Australia and the English Cricket Board have only people who are above 70,” Justice Chandrachud said.

The court asked amicus curiae, senior advocate Maninder Singh, to prepare a chart with the draft changes on September 14. The court said it would hear the case on Wednesday.

The case is significant for BCCI as the date of amendments may decide the tenures of its president Sourav Ganguly and secretary Jay Shah. The case, which was originally before former Chief Justice N. V. Ramana’s Bench, was recently shifted to the Bench led by Justice Chandrachud. Justice Chandrachud had dealt with the BCCI case earlier and even written a judgment in the case.

The court had in June appointed senior advocate Maninder Singh as its new amicus curiae while adjourning the case. Mr. Singh had replaced P.S. Narasimha, who was appointed a Supreme Court judge.

The BCCI has urged the court to revise a rule in its new Constitution which mandates that administrators have to go through a three-year cooling-off period after successive years in the BCCI or any State association. The ‘cooling-off period’ was a major recommendation made by the Justice R. M. Lodha Committee to reform cricket administration in the country.

In its 2018 judgment, the court had seen eye-to-eye with Justice Lodha’s conclusion that “the game will be better off without cricketing oligopolies”. For this end, the court had supported the recommendation of the Justice Lodha panel that cricket administrators should undergo a “cooling-off period” before contesting elections to the BCCI or State associations.