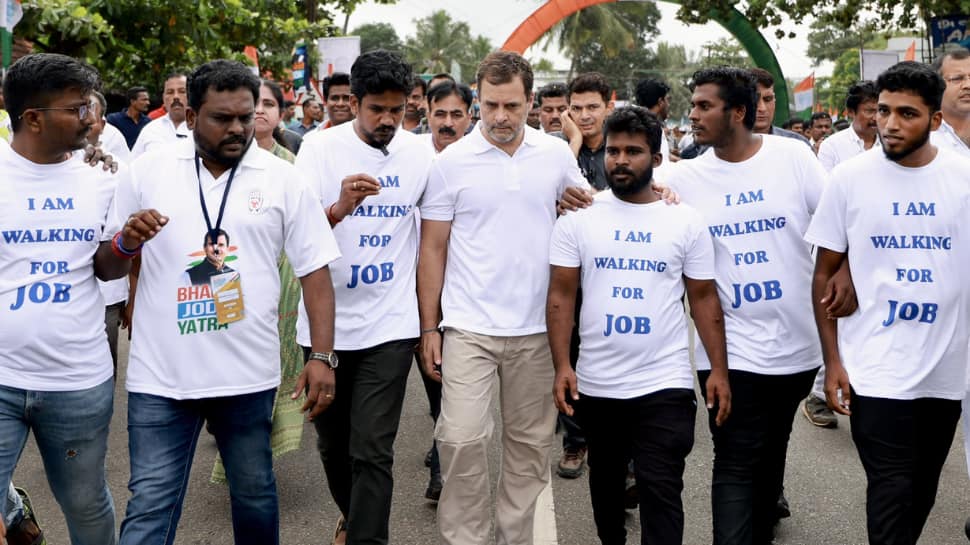 Sources told ANI, that Congress wants to keep the Yatra away from controversies, so instead of containers, party leaders including Rahul Gandhi will stay in a school for all Yatris tonight. With Congress` Bharat Jodo Yatra-led by party MP Rahul Gandhi entering its fifth day, the march arrived in its Kerala leg on Sunday.

The Congress leaders reached Parassala, a small town located near the border of Kerala and Tamil Nadu. The 3,500-km march from Kanyakumari to Kashmir will be completed in 150 days and cover as many as 12 states.

From Kerala, the Yatra will traverse through the state for the next 18 days, reaching Karnataka on September 30. It will be in Karnataka for 21 days before moving north. The Padyatra (march) will cover a distance of 25 km every day.

According to Congress, the `Bharat Jodo Yatra` is being held to combat the divisive politics of the BJP-led Centre and to awaken the people of the country to the dangers of economic inequalities, social polarisation and political centralisation.

The Yatra includes Padayatras, rallies, and public meetings which will be attended by the senior Congress leaders including Sonia Gandhi and Priyanka Gandhi Vadra. Notably, all the party MPs, leaders and workers along with Rahul Gandhi are staying. Sleeping beds, toilets and AC are also installed in some of the containers.

During the journey, the temperature and environment will differ in many areas. The arrangements have been made keeping in view the intense heat and humidity with the change of places. The Congress suffered a debacle in the assembly polls held earlier this year and the Yatra is seen as an attempt to rally the party rank and file for the upcoming electoral battles.