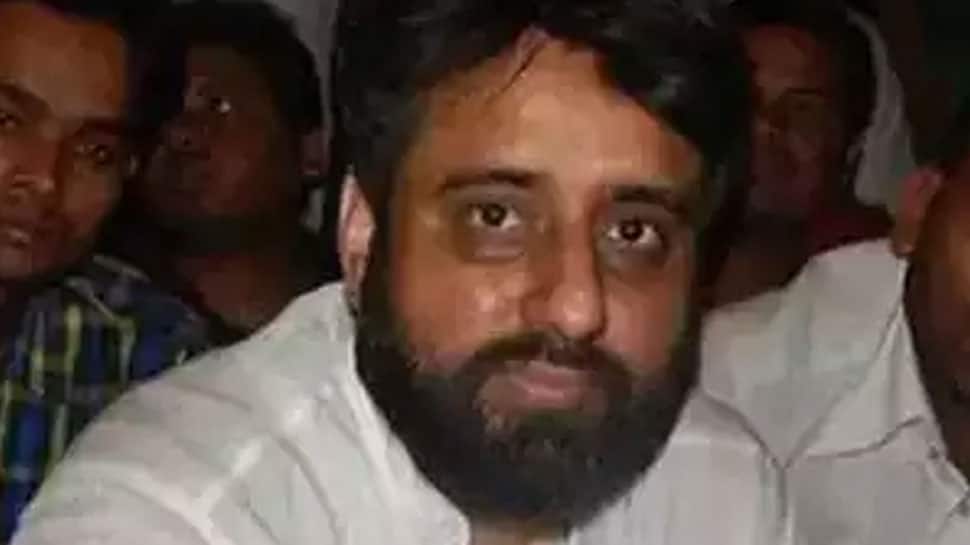 
New Delhi: In a major embarrassment for Delhi Chief Minister Arvind Kejriwal, the Delhi Anti-Corruption Branch on Friday arrested ruling AAP MLA Amanatullah Khan in connection with a graft case. According to ANI, the ACB Delhi arrested Khan in connection with the Delhi Wakf Board corruption case on the basis of the recovery of incriminating material and evidence against him during the searches conducted today.

ACB Delhi arrests AAP MLA Amanatullah Khan in connection with Delhi Wakf Board corruption case on the basis of the recovery of incriminating material and evidence against him during the searches conducted today. pic.twitter.com/9aC8OvKLLs
— ANI (@ANI) September 16, 2022

The ACB is probing alleged irregularities in the recruitment in the Delhi Waqf Board, which Khan heads as the chairman. The ACB on Friday conducted searches at Khan’s house and other premises linked to him and seized Rs 24 lakh as well as two unlicensed weapons, the officials said.

The ACB issued a notice to Khan on Thursday for questioning in connection with the Prevention of Corruption Act case registered in 2020. The Okhla MLA was called for questioning at 12 pm on Friday.

Khan, the chairman of the Delhi Waqf Board, had tweeted about the notice, claiming he has been summoned as he built a new Waqf board office. A senior official said the searches were conducted on Friday at the house of Khan and his other locations. A total of Rs 24 lakh in cash, two unlicensed weapon and some cartridges were seized, the official said.

Earlier, the ACB had written to the Lieutenant Governor’s Secretariat demanding that Khan be removed as the Delhi Waqf Board chairman for allegedly hampering a probe by “bullying” witnesses in a case against him.