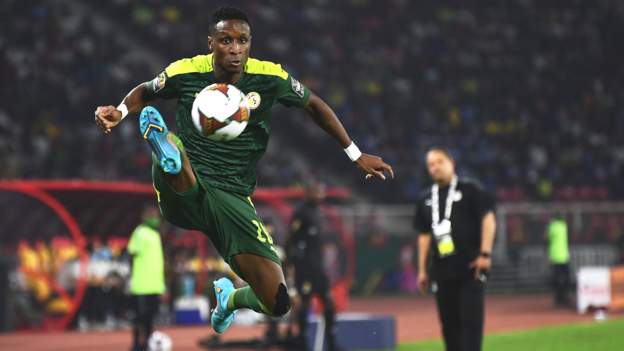 
Bayern Munich’s Senegal defender Bouna Sarr will miss the World Cup after undergoing surgery on his left knee on Tuesday.

The 30-year-old, who has not played for the German side this season, has been plagued by patella problems for the past two years.

Nonetheless, he played every game during Senegal’s maiden Africa Cup of Nations win earlier this year.

“I don’t know how to express my disappointment to be away from the pitch for the coming months, and especially to miss a World Cup,” he wrote on Instagram.

“It was not an easy decision to make but after many months of thinking, I understood it would be the wisest, and above all the most reasonable, decision for the rest of my career.”

Sarr joined Bayern from Marseille in October 2020 and has won two Bundesliga titles with the club despite making 27 appearances, including 13 in the league, in two seasons.

Real Betis’ Youssouf Sabaly, who played both legs of March’s World Cup play-off win over Egypt, is expected to fill the void created by the absence of the former Marseille player.

It is yet another blow in Sarr’s quest to play at the global event.

Born in France and eligible for Senegal through his father, the full back rejected an offer from coach Aliou Cisse to play for Senegal at 2018 World Cup, opting to wait for his chance with France.

When no call came, Sarr – who was also eligible for Guinea through his mother – committed to the Teranga Lions in 2021.

He made his debut for Senegal in their 4-1 win over Namibia in a World Cup qualifier last October and has been a mainstay under Cisse, playing every minute of the win over Egypt in February’s Nations Cup final.