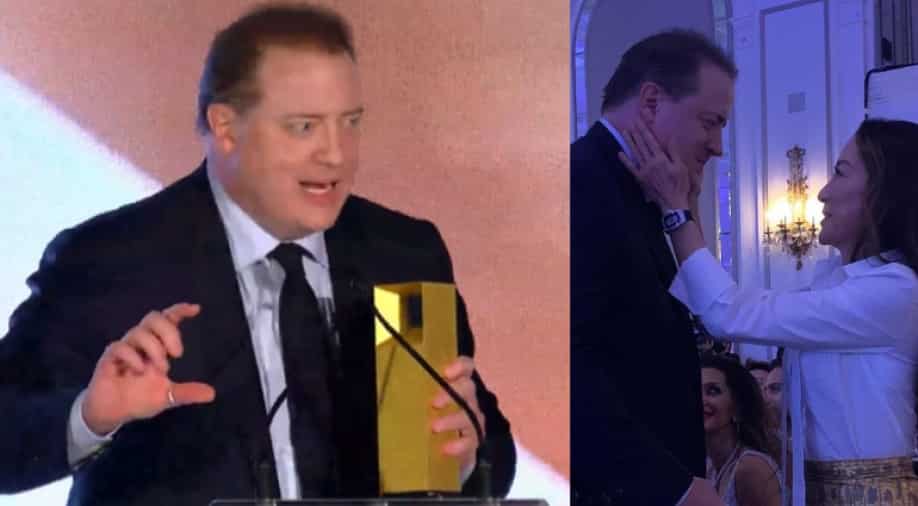 
Brendan Fraser’s comeback movie ‘The Whale’ is garnering a lot of love and appreciation at the film festivals going on. First at Venice Film Fest and now at Toronto Film Festival. After receiving a six-minute standing ovation at the Venice, Fraser has now bagged a TIFF Tribute Award.

Brendan, who has been in the film industry for three decades, is full of gratitude and happy tears as his hard work is finally paying off.

During his acceptance speech, Fraser got emotional as he said that ”this is new for me”.

EW quoted him as saying, ”Normally I’m the guy who hands these things out, and I got really good at it. The trick is: Left hand, hold; right hand, shake.”

“Apart from being a part of some impressive and talented ensemble casts, I think the last time that I waited to hear my name called aloud to receive an award was in grade 4, and it was from the peewee bowling league… My mom said it was a major award. Also, engraved on the plaque was the name ‘Brian Fusher,’ so, Brian, if you’re in the house, you can pick up your trophy after the show. This one’s mine.”

Brendan, 53 was honoured for his outstanding performance as a father in Darren Aronofsky’s directorial, ‘The Whale’.

The audience and his co-stars also got emotional during his speech.

After huge appreciation at Venice and TIFF, the movie and the Brendan, both, have become strong contenders for this award season and Oscars too.

The film revolves around Fraser’s character Charlie, an overweight man, who is trying to rebuild his bonds with his estranged daughter, played by ‘Stranger Things’ actress Sadie Sink, after he left his family for his gay lover. The film also stars Hong Chau, Samantha Morton, and Ty Simpkins.