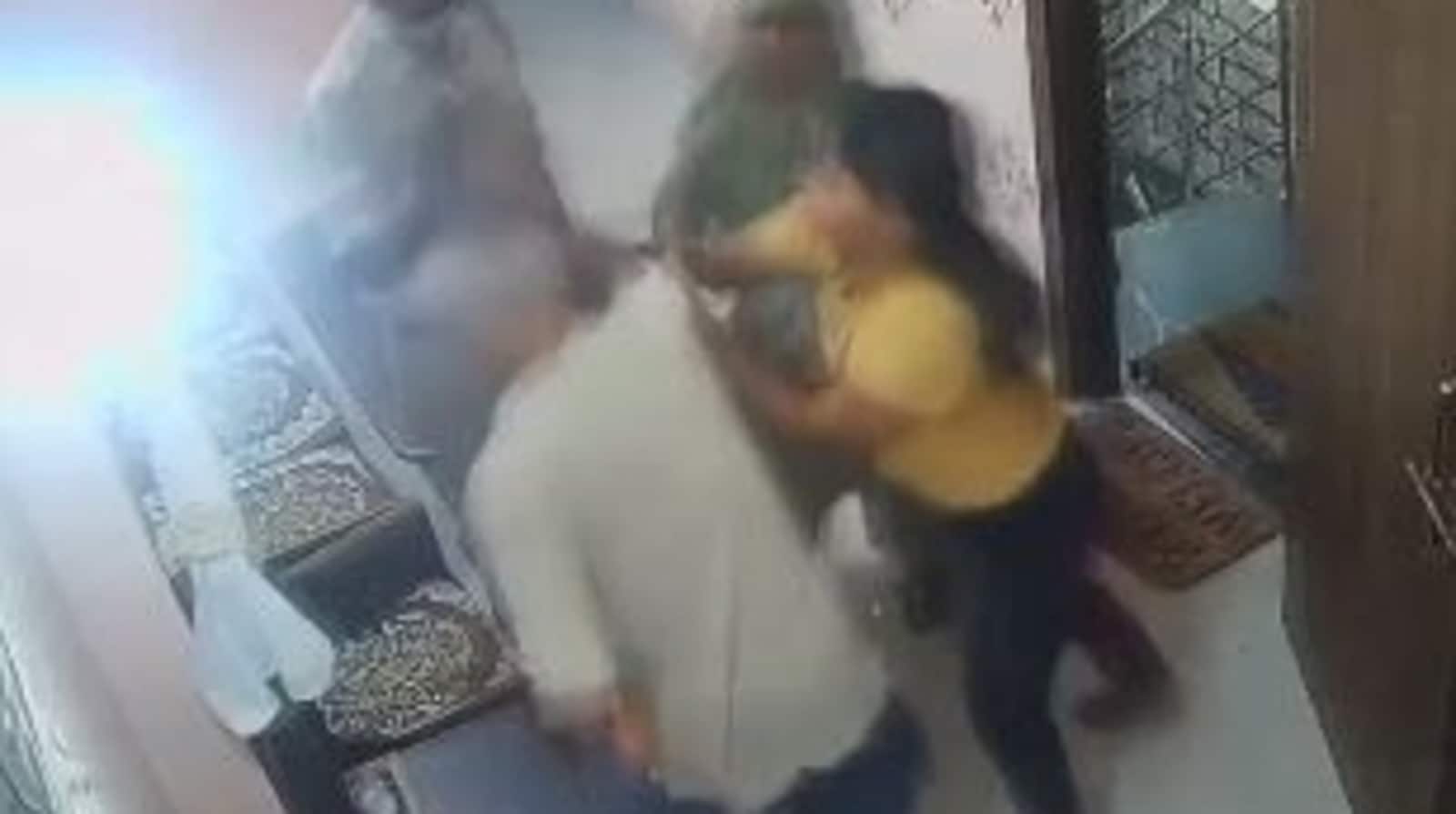 A sub-inspector of the Delhi Police was booked for repeatedly slapping her father-in-law in front of her mother and her colleague in Laxmi Nagar area. The incident, which took place on Sunday in the father-in-law’s house, was caught on a CCTV camera.

The video of the incident, shared by news agency ANI on Monday night, showed the sub-inspector’s father-in-law pushing her mother and the cop then repeatedly slapping him. The video later shows the mother beating the man and trying to hit another woman inside the house.

A colleague of the Delhi Police sub-inspector, present at the spot, comes to the rescue of the elderly man and contains the situation.

News agency PTI reported that action against the cop has been taken under sections 323 (voluntarily causing hurt) and 427 (mischief causing damage to the amount of fifty rupees) of the Indian Penal Code (IPC).

Deputy commissioner of police (east) Priyanka Kashyap said preventive action under sections 107/150 of CrPC has also been initiated. “The information is being shared with the disciplinary authority concerned for taking suitable departmental/disciplinary action against the erring police official,” Kashyap added.

A police official told PTI that the sub-inspector, posted at the Defence Colony police station in the South district, is having a matrimonial dispute with her in-laws.

“We will file a misconduct report and the South district police will take the necessary action,” the official said.