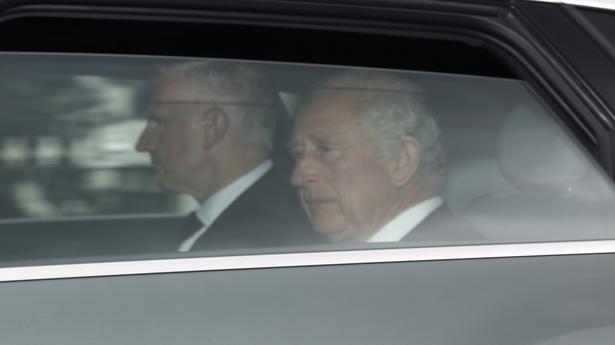 Hundreds of people arrived through the night to leave flowers outside the gates of Buckingham Palace, the monarch’s London home

As the British Houses of Parliament met in a special session to pay tributes to Queen Elizabeth II, who died on Friday, Buckingham Palace announced that her son Charles, 73, will be proclaimed King at a centuries-old ceremony. The event, which will be held at St James’s Palace in London on Saturday, will involve a reading of the proclamation from a balcony, followed by similar announcements over the weekend at the Royal Exchange in London, in Scotland, Wales and Northern Ireland. The crown automatically passes to the heir the moment the sovereign dies, before the proclamation ceremony.

The late Queen’s body will lie in state in Scotland and then be brought to London, to Buckingham Palace. It will be kept there briefly before a further period of lying in state at Westminster Abbey for four days, so the public can pay its respects. To mark each year of her life, 96 shots were fired across sites in the U.K. on Friday.  While the schedule is still unclear, the Queen’s funeral, as per the protocol, will likely be held on or before the 10th day of her death.

King Charles arrived in London just before 2 p.m. local time on Saturday, via the airport of RAF Northolt. In incremental steps, the country is getting used to having a new monarch. On Friday, the new King and ‘Queen Consort’ Camilla travelled by a car that flew the Royal Standard — the monarch’s flag, until now identified with the Queen’s presence.

Also read: Operation London Bridge | What is planned over the next 10 days?

At the 70th anniversary of her reign, earlier this year, the Queen had made it known that she wanted Camilla to be called ‘Queen Consort’ — thus pre-emptively resolving an awkward situation for the new monarch. Camilla is the second wife of the new King, who’s first wife, Princess Diana, died in a car crash in 1997. Charles’s relationship with Camilla, including during his troubled marriage to Princess Diana, has been controversial, making her acceptance into the royal family a long-winded process.

“We love you King Charles, we loved your mum,” one woman in the crowd outside Buckingham Palace could be heard saying, in live television footage of the King’s arrival at what will likely be his new home. One woman kissed him on the check, and some in the crowd sang “God save the King”.

The new King is scheduled to address the nation in a televised address on Friday evening. In the afternoon, he met for the first time with the new Prime Minister, Liz Truss.