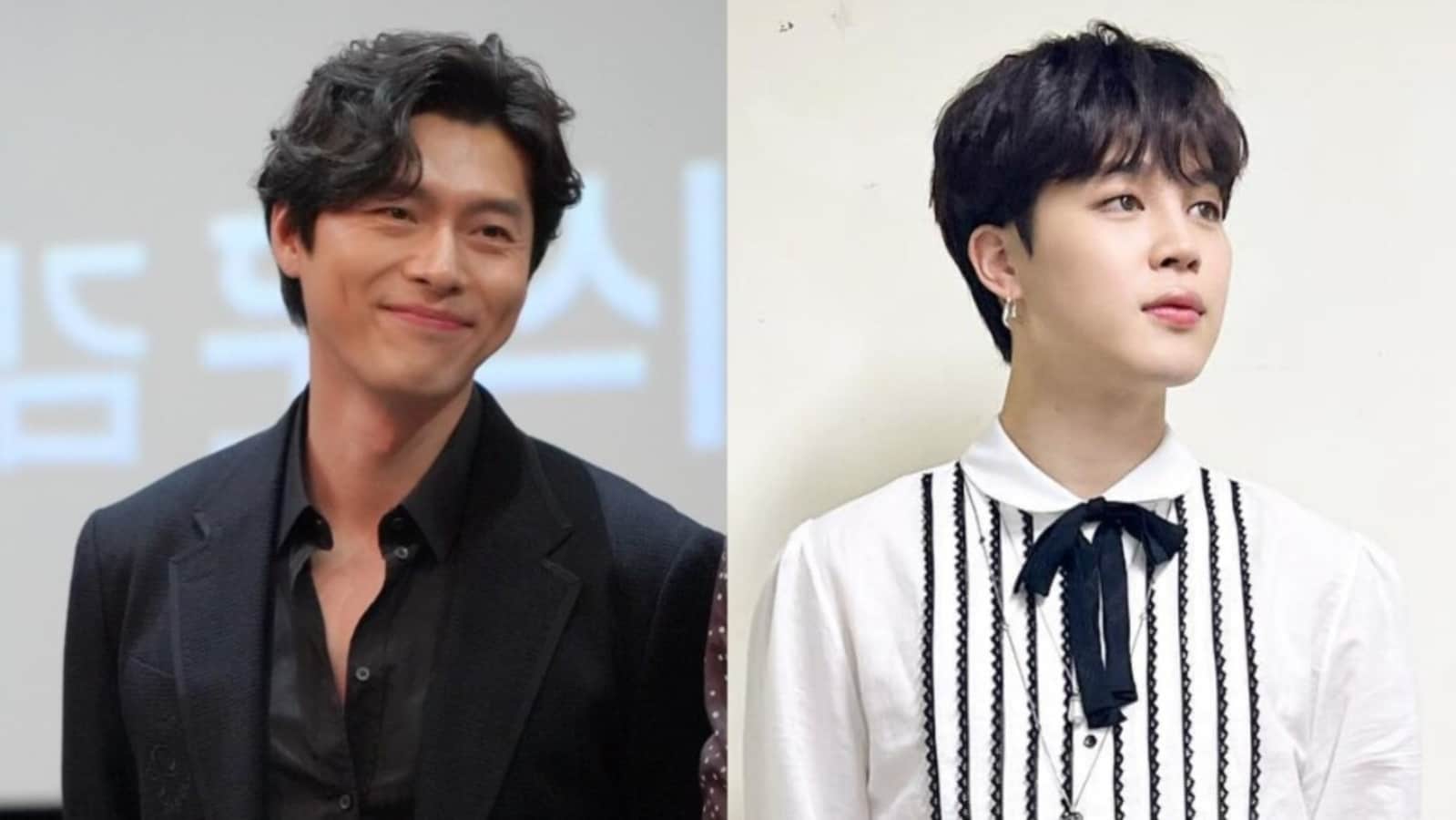 Actor Hyun Bin, known for his role in K-drama Crash Landing on You, failed to recognise BTS member Jimin. In a video shared by a fan account, the cast of Confidential Assignment 2: International appeared on a game show called The Game Caterers. The show is hosted by Na PD. In a segment of the show, the guests had to identify the pictures of popular Korean celebrities. The guests also included Im Yoon-ah among others. (Also Read | BTS: When Crash Landing on You’s Son Ye-jin wanted to treat group to a meal)

When Na PD showed Hyun Bin a picture of BTS‘ Jimin, he went blank and struggled to recognise him. He opened his mouth, made a face and brought his fists near his eyes. Yoon-ah asked him, “Will you be okay?” As he smiled and joined his hands, Hyun Bin blurted out, “Jimin.” A seemingly embarrassed Hyun Bin asked the camerapersons, “Please blur me” and added, “Whew. It is getting hot.”

Na PD then suggested, “I will put Hyun Bin’s face when we play this game with Jimin later. I will make him get the wrong answer. It will be a tie.” Hyun Bin replied, “No, it shouldn’t be a tie. I don’t want a tie.”

Jimin made a surprise appearance on The Game Caterers! His photo was shown and actor Hyun Bin was asked to say his name.

BTS’ Jimin along with group members RM, Jin, Suga, J-Hope, V and Jungkook will hold an in-person concert in Busan next month to promote South Korea’s bid for World Expo 2030. The concert named BTS Yet To Come in BUSAN will be held at Asiad Main Stadium on October 15. Earlier it was supposed to take place at Busan Ilgwang special stage in Gijang-gun.