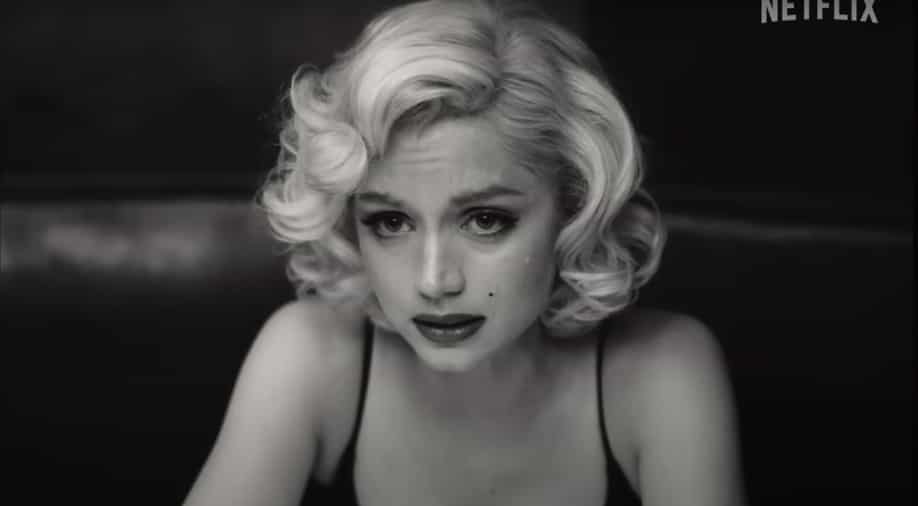 
The film with the biggest buzz going into the Venice Film Festival, a dark new portrait of Marilyn Monroe starring Cuban actress Ana de Armas, finally gets its world premiere on Thursday.

‘Blonde’ is a long-awaited biopic produced by Netflix that promises to delve deep into the childhood trauma and sexual violence that lay behind the highly sexualised image of the 20th-century icon.

The choice of Armas for the lead role has not been without controversy, with online trolls slamming her slight Cuban accent when the trailer was released this summer.

But Monroe’s estate, although not involved in the film, has supported her performance, saying Armas “captures Marilyn’s glamour, humanity and vulnerability”.

There have also been rumours of an extended stand-off between Netflix and Australian director Andrew Dominik over the film, which was completed in 2019.

Dominik reportedly refused to shorten its three-hour running time or tone down some of the more graphic scenes, and Netflix has taken the rare step of giving it an adults-only NC-17 rating ahead of its release on the streamer on September 28.

Dominik, ever modest, has declared the finished product “a masterpiece” and rejected any doubts about his star’s vocal skills.

“I had concerns, until I saw her act, then I forgot what I was supposed to be concerned about,” he told the LA Times.

Armas has called the decision to use a Latina actress “ground-breaking”.

Another supporter is Brad Pitt, who won Best Actor at Venice in 2007 for his role in Dominik’s ‘The Assassination of Jesse James by the Coward Robert Ford’, and serves as producer on ‘Blonde’.

“She is phenomenal in it,” he told Entertainment Tonight. “That’s a tough dress to fill.”

The 11-day Venice Film Festival draws to a close with its awards night on Saturday.

Netflix had a strong presence going into the festival, with four films in the competition for the top prize, the Golden Lion.

But there were mixed reviews for US satire ‘White Noise’ starring Adam Driver and ‘Bardo’, a fantastical semi-autobiographical film from Oscar-winning Mexican director Alejandro Gonzalez Inarritu.

The streamer’s other entry was French film ‘Athena’ about inner city riots that won praise for its technical wizardry but may have less international clout.

Critics have been more impressed by the oddball Irish drama ‘The Banshees of Inisherin’ starring Colin Farrell, and ‘Argentina 1985’, the true story of the lawyers who prosecuted the military generals accused of the disappearance of tens of thousands of their citizens.

There was a huge standing ovation on Monday for Brendan Fraser, the 1990s action-comedy star who has made the most unlikely return from the Hollywood wilderness.

His turn as a 600-pound (250-kilo) English professor in ‘The Whale’ has led to talk of Oscar nominations and a ‘Brendanaissance’, even if the overall film was less universally loved.

Cate Blanchett is also a frontrunner for awards for her complex and challenging role as a classical music conductor in ‘Tar’, which takes a nuanced look at cancel culture.

Several films have tackled sexual identity, with Trace Lysette becoming the first trans actress to appear in a leading role in a competition film in Venice for ‘Monica’.

Another film tackling trans issues was ‘L’Immensita’ starring Penelope Cruz, whose director Emanuele Crialese stated publicly for the first time at the film’s press conference that he was born a woman.