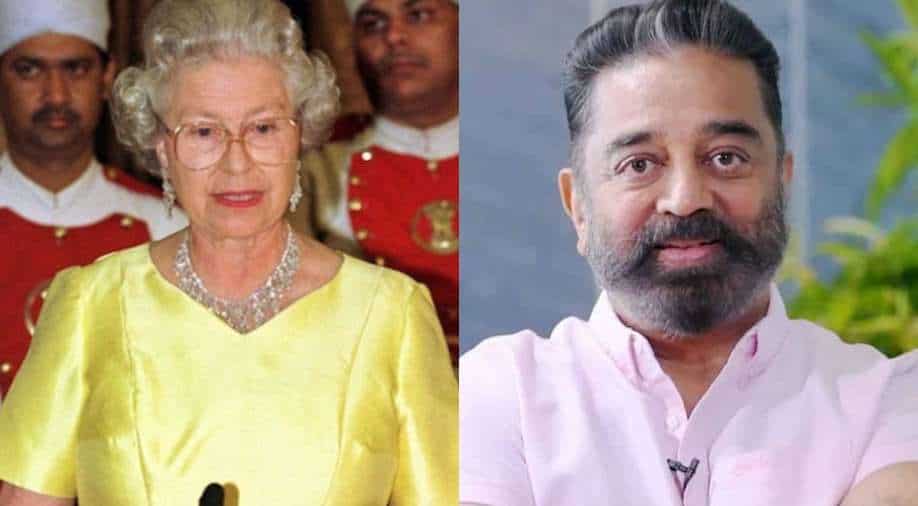 
With the passing away of Queen Elizabeth II, people across the world have expressed grief. Many political leaders, diplomats, actors, and famous personalities have mourned the loss of the longest-serving UK Monarch.

Many Bollywood actors like Shilpa Shetty uploaded a picture with the Queen and remembered her by paying condolences on social media. Many celebrities had the opportunity to meet the Queen on various occasions at the Palace or during public gatherings. But did you know that the Queen had once visited the sets of an Indian film? South Megastar Kamal Haasan recently spoke to ANI and revealed that the Queen had attended the launch of the ‘Marudhanayagam’ film at MGR Film City on October 16, 1997.

He added that the Queen had spent 20 minutes on the ‘Marudhanayagam’ film set during which the then Tamil Nadu Chief Minister M Karunanidhi had also joined her. He said, “I was pained to learn of the demise of Queen Elizabeth II, who had been Queen of England for 70 years. She was someone who had earned the love of not just the English people but people from all over the world. Queen Elizabeth 2 came to our film ‘Marudhanayagam’ set to show that no colonialism is still there. In fact, the ‘Marudhanayagam’ film which I shot and the dialogues were against them (British).”

He continued, “Twenty-five years ago, she accepted our invitation to attend the inaugural function of the ‘Marudhanayagam’ film. She graced the occasion and felicitated us.”

Kamal Haasan also revealed that he met the Queen again during a cultural event in London.

Queen Elizabeth II passed away on Thursday aged 96. “The Queen died peacefully at Balmoral this afternoon. The King and The Queen Consort will remain at Balmoral this evening and will return to London tomorrow,” the Royal Family said in a statement.

The Queen was born on 21 April 1926 at 17 Bruton Street in Mayfair, London. She was the first child of The Duke and Duchess of York, who later became King George VI and Queen Elizabeth.