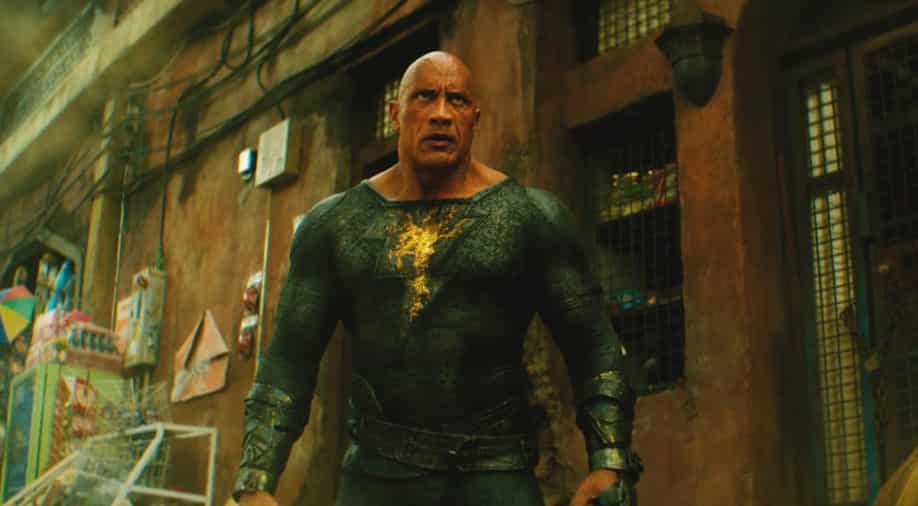 
Dwayne Johnson recently surprised an audience that was enjoying a test screening of his upcoming DC superhero movie ‘Black Adam’. He shared a video on his Instagram page in which he can be seen taking off his mask to hoots and cheers and even tears from the audience. The fans apparently also enjoyed the film. Johnson asked them about the ending, which they said was the best part of the movie.

‘Black Adam’ stars Johnson as the titular anti-hero, who in comics is mostly a villain opposite Shazam!. While in the films too he was first going to appear as the Big Bad of the 2019 movie, Johnson decided to introduce the character through a solo movie first.

You can see the video above.

Johnson wrote as a caption to the video, “Success (and the devil) is in the details — and man I sweat the details. INVALUABLE learnings and takeaways from our BLACK ADAM⚡️ test screenings that I always secretly participate in 😉 I LOVE surprising our audiences afterwards and once the emotions level out 🙀🧘🏾‍♂️😊 I can take my time and really engage and learn from my #1 boss – the audience. BLACK ADAM is my passion project to the bone and I’m so grateful to get these early reactions. Much work still to be done. Pssst…the global launch of our BLACK ADAM trailer #2 is going down this week…. I’ll keep you posted.”

Apart from the title character, the film also introduces to live-action films the Justice Society, which in comics was the predecessor to the Justice League, the premier DC team. Aldis Hodge, Noah Centineo, Sarah Shahi, Marwan Kenzari, Quintessa Swindell, Bodhi Sabongui, and Pierce Brosnan also star in the movie.

Jaume Collet-Serra, who also helmed Johnson in ‘The Jungle Cruise’, has directed the film. Adam Sztykiel, Rory Haines, and Sohrab Noshirvani have penned the script.