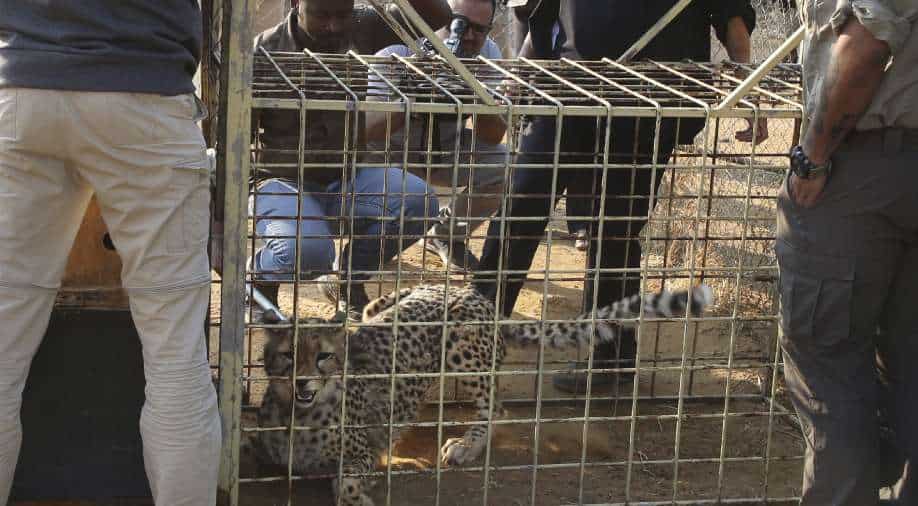 Three of the cheetahs will be released in quarantine enclosures of the park at around 10:45 am today by the Prime Minister, they said. The flight carrying eight cheetahs and crew left Windhoek, the capital of Namibia in Africa, at around 8:30 pm (Indian time).

After completing necessary formalities, including paperwork, at Gwalior the cheetahs will be flown to Palpur village, some 165 km away, in Sheopur district in two helicopters, a Chinook and a Mi category chopper, he said. From Palpur, the felines will be brought to Kuno National Park (KNP) in Sheopur district by road, Chauhan said.