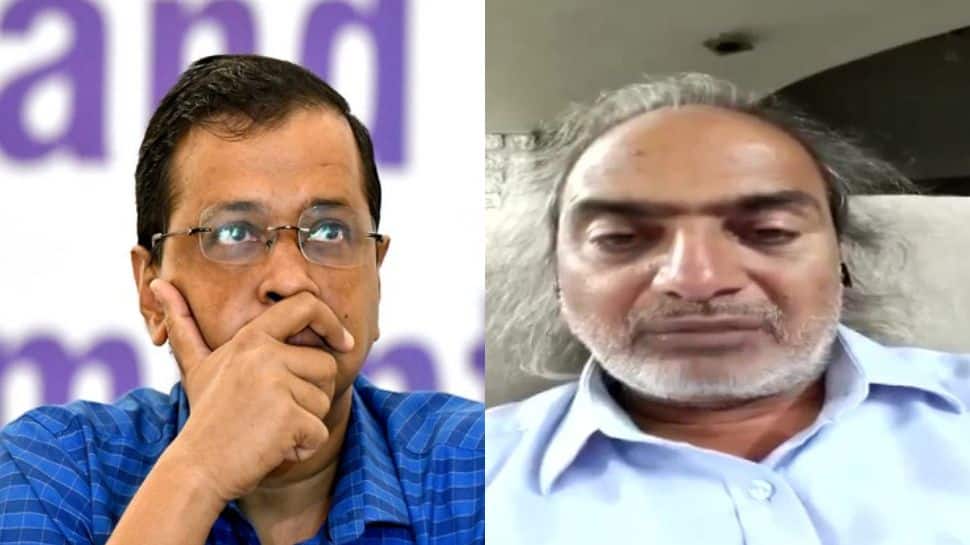 
New Delhi: A group of retired bureaucrats has written to Chief Election Commissioner (CEC) Rajiv Kumar, asking it to initiate proceedings to withdraw the recognition of the Aam Aadmi Party (AAP) and cancel its symbol for violation of the code of conduct by inducing public servants to work for his party in Gujarat. The retired bureaucrats sought action against Delhi Chief Minister Arvind Kejriwal as well.

Former Karnataka Additional Chief Secretary, M Madan Gopal said that a group of retired bureaucrats wrote to ECI over the matter citing a violation of section 1A of the election symbols (reservation and allotment) order by AAP.

“Whatever he (Kejriwal) spoke in Rajkot during a press conference was very wrong. We who believe in Constitution got disturbed. Such an unbalanced and controversial statement that too from a chief minister of a state (is not expected),” he said.

Statement made by (Delhi CM) Kejriwal in press conference in Rajkot almost 20 days back, disturbed a lot of people who believed in constitution: M Madan Gopal, ex Addl Chief Secy of Karnataka pic.twitter.com/emJk5gI8P0

“Canvassing is his right before elections. His appeal to drivers and conductors of public transport corporations and police personnel to work for a particular party is very wrong. Public servants are not supposed to canvass for a political party. We have a code of conduct and our allegiance is with the Constitution of India. This precedence is not good for democratic processes,” said the former bureaucrat.

Former Karnataka Additional Chief Secretary also stated that Arvind Kejriwal, who has himself been a government official, is much aware of the “Dos and Don`ts”. He added that speaking irresponsibly in a press conference, even after being an ex-government official, is very wrong. Gopal said the irresponsible behaviour by the political parties during canvassing is not good.

“This is not good for public servants. We retired bureaucrats made a complaint seeking a model of conduct,” he said.

Earlier, on Thursday, Fifty-six retired bureaucrats wrote to ECI seeking action against Arvind Kejriwal alleging that AAP convenor had induced public servants to work for the party during a press conference in Gujarat on September 3. Former IAS, IFS and other services` officers are signatories to the letter.