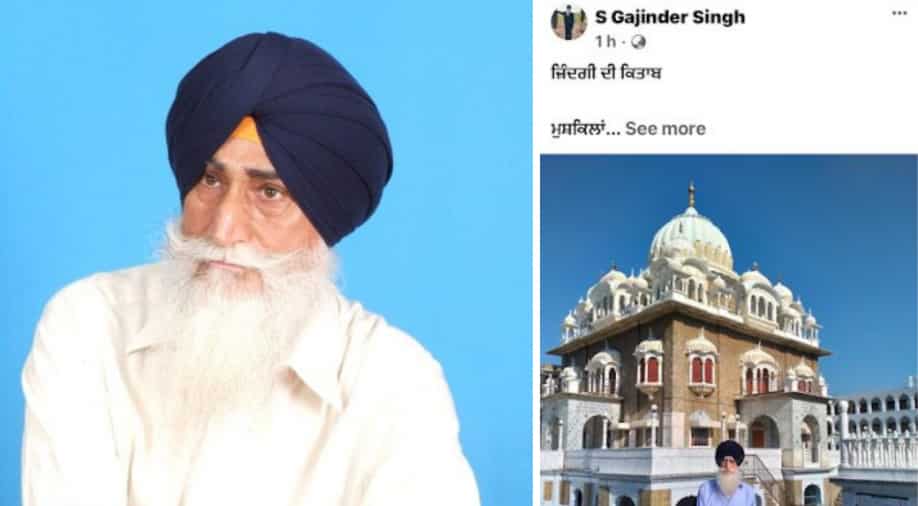 
Gajinder Singh, a wanted terrorist and the runaway hijacker of an Indian Airlines flight to Lahore in 1981, revealed his whereabouts in Pakistan through a Facebook post on Monday, contradicting Islamabad’s denial that he was not there.

An image of the co-founder of the hardline group Dal Khalsa standing in front of the Gurdwara Pania Sahib at Hasan Abdal in Pakistan’s Punjab province was posted on his Facebook page.

On September 29, 1981, Gajinder was one of five men who commandeered an Indian Airlines jet carrying 111 passengers and six crew members and forced it to land in Lahore. They demanded the release of Jarnail Singh Bhindranwale and several other fanatics from the Khalistan movement.

A Pakistani court found him and the other four guilty and sentenced them to life in prison. After spending 14 years in prison, they were all freed in October 1994. He then took a flight to Germany before being sent back to Pakistan.

Gajinder’s name was on India’s list of the 20 most wanted terrorists in 2002. Although Pakistan disputes his being there, India has been requesting that he be deported.

The unlawful taking of an aeroplane by a person or a group is known as hijacking. Most hijackings include forcing the pilot to fly in accordance with the demands of the hijacker, a practice that dates back to the earliest hijackings.

Also Read: Sustainable batteries made from lobster and crab shells might be the future

In some rare instances, such as the September 11 attacks, hijackers have flown the planes themselves and used them in suicide attacks. In other instances, the official pilot or co-pilot has hijacked a plane, as was the case with Germanwings Flight 9525.

(Disclaimer: WION could not independently verify the authenticity of this information)