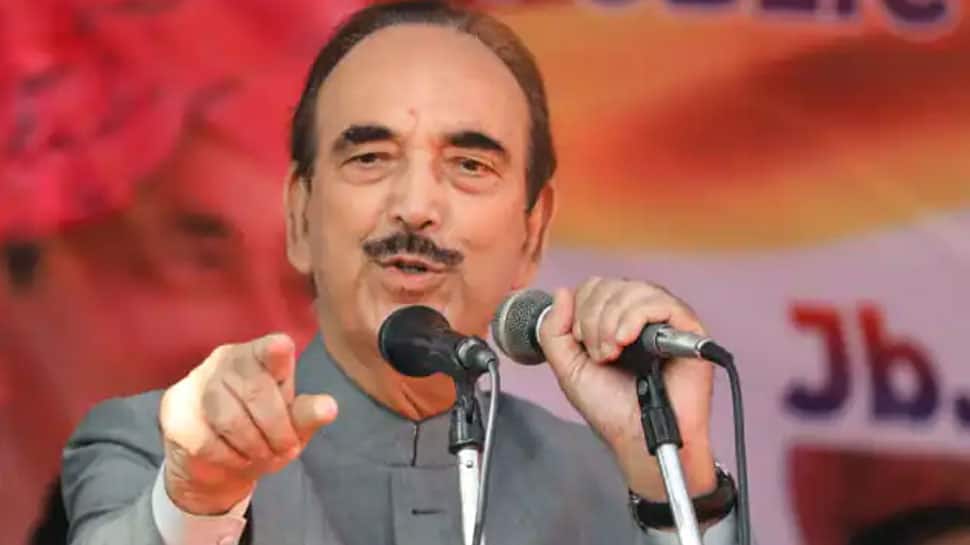 
SRINAGAR: Former Congress leader Ghulam Nabi Azad has received threats allegedly from a terrorist group linked to the Lashkar-e-Taiba (LeT) ahead of his Kashmir rallies. The threat to Azad came from a terror organisation ‘The Resistance Front’, an offshoot of LeT. He responded to the threat in a rally at south Kashmir’s Anantnag district by saying that he had not met NSA Chief Ajit Doval and Home Minister Amit Shah before coming to Kashmir.

Threat posters that have appeared on social media platforms said Azad was a ”traitor” and accused him of being a ‘political chameleon’. Azad, who is in Jammu and Kashmir, is busy preparing to float his new political party. He has been continuously rallying in various districts of Jammu and Kashmir.

The threat letter, which has been widely circulated on social media, stated that ”The entry of political chameleon GH. Nabi Azad into JK’s state politics is not an abrupt move but a well-planned program/move which was discussed and planned way back during his tenure in his previous political party. Before changing guards and moving to the Valley this Political chameleon Azad had a detailed close-door meeting with Amit Shah and some reliable sources also say that NSA Doval was also called in another close-door meeting.”

”I just heard that there is a threat letter against me from militants. They have said that before coming to Kashmir, I met with Amit Shah and Doval, I have never met Doval in my life, I swear by Allah. When I was in the parliament, I met all the Political leaders,” Ghulam Nabi Azad, the former Chief Minister of Jammu and Kashmir, said.

Azad also appealed to terrorists to give up their arms and join the mainstream. He said guns are not the solution to any problem. ”Those who have picked up the gun, I appeal to them that guns are not the solution. It only destructs. India is the biggest democracy. We are the nation of Gandhi. Those who bang their heads with the mountains, they will crush the heads, and nothing will happen to the mountains,” said Azad.

While speaking over the issue of Article 370, Azad recently said that there are three ways of bringing back the special status of Jammu and Kashmir. ”There are 3 ways to get article 370 back, the first is if someone convinces PM Modi, ” said Ghulam Nabi Azad, Former Chief Minister of Jammu and Kashmir.