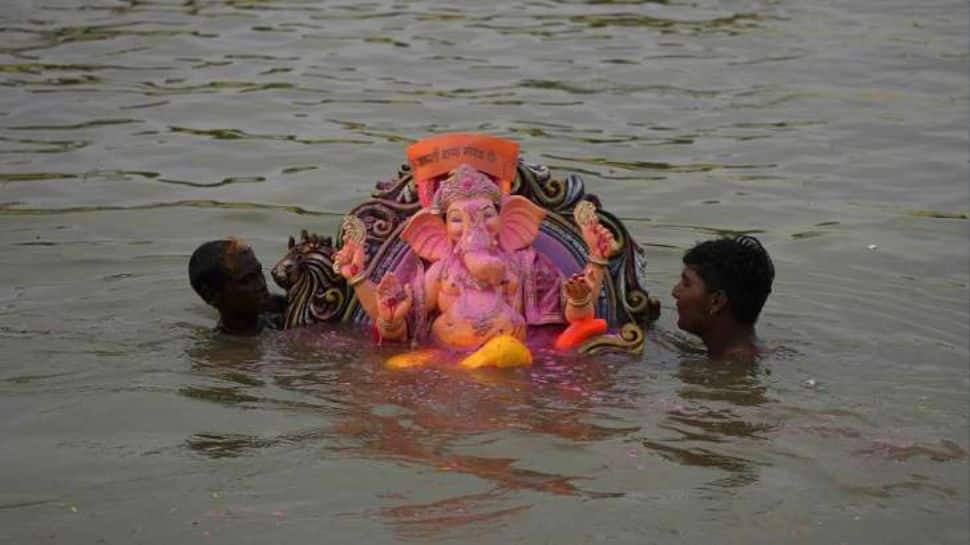 
New Delhi: Six people drowned while immersing idols of Lord Ganesh in Mahendergarh and Sonipat districts of Haryana on Friday (September 9,2022) evening. The officials said while four youths drowned in a canal in Mahendergarh, two drowned in the Yamuna river in Sonipat.

Over 20 people had gone for the immersion near a canal in the Jhagadoli village. Another 4 boys have been rescued from the spot, the officials added.

“Around 20-22 people had gone to a canal near village Jhagadoli in Mahendragarh for Ganesh idol immersion. During which many of them drowned in the river. As of now, 4 boys have lost their lives and 4 have been rescued safely,” said Mahendragarh DC JK Abhir. The rescue operations were underway.

In another tragic incident during the immersion of Ganesh idols, two children drowned to death while one succumbed in the hospital in Unnao. As per reports, the children had gone to immerse the Lord Ganesha idols in the river Ganga.

“Two children drowned to death, while a third died during treatment in Unnao. They had gone for the immersion of Lord Ganesh idols today in river Ganga in Kotwali Safipur area when the incident took place,” said police.

Haryana Chief Minister Manohar Lal Khattar expressed grief over the tragic deaths of youths during the Ganesh idol immersion at Mahendragarh and Sonipat on Friday.Taking note of the situation, the state chief also prayed for a speedy recovery.

“The news of the untimely death of many people due to drowning in the canal during Ganpati immersion in Mahendragarh and Sonipat districts is heart-wrenching. We all stand with the families of the deceased in this difficult time. NDRF team has saved many people from drowning, I pray for their speedy recovery,” Tweeted Manohar Lal Khattar.

The 10-day illustrious Ganesh Chathurthi festival came to an end on Friday. Ganesh Chaturthi is celebrated with much pomp and zeal in several states across the country and 2022 marked the return of its celebration after 2 years of COVID-induced restrictions.