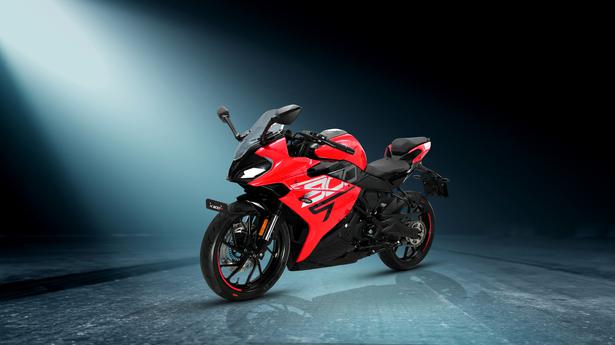 As far as the chassis is concerned, both bikes have a steel trellis frame, suspended by a 37mm fork and a monoshock.

Fuel capacity stands at 12.5 litres on the K300 N and 12 litres for the K300 R, which is in the same ballpark as its chief rivals. While the 150mm of ground clearance on the K300 N should be adequate, the K300 R has a rather worrying 135mm, making it one of the lowest in the segment.

The K300 N has a typical sporty naked bike styling with angular panels and an aggressive stance, while the K300 R has typical sportbike styling with a fully-faired design and clip-on handlebars. Both bikes feature a neat underslung exhaust, all-LED lighting and a digital display. The K300 N and the K300 R can both be had in a choice of three colours — white, red and black. The K300 N has a matte finish to it, while the K300 R has a glossy finish.

While the K300 R looks similar to the CF Moto 300SR in international markets, a look at CFMoto’s international website reveals Keeway bikes have the same specifications and design elements, which suggests Keeways may be rebadged CFMoto motorcycles.

The K300 N and K300 R’s prices vary depending on the colour, and they are positioned squarely against the BMW G 310 R, the recently launched G 310 RR sportbike as well as the Honda CB300R. However, in terms of engine output, they rival bikes like the Honda CB300F and the significantly cheaper Suzuki Gixxer 250 and its faired sibling, the SF 250.