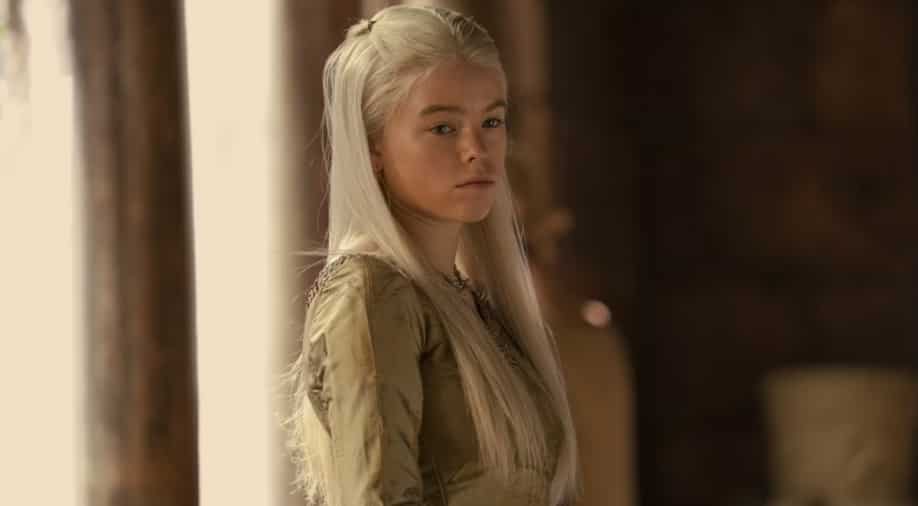 
Australian actress Milly Alcock has won the love of critics and audiences for her performances in HBO’s fantasy drama series ‘House of the Dragon’. She plays the role of a young Rhaenyra Targaryen in the series. Rhaenyra is the daughter of the reigning king of Westeros Viserys I Targaryen (Paddy Considine) and also his heir. Emma D’Arcy will take over the role from Alcock in episode 6 onwards as adult Rhaenyra. Alcock has garnered millions of fans for her work as the character. However, she has said in a recent interview that she is not exactly appreciating the attention.

Also Read: How ‘House of the Dragon’ improves upon ‘Game of Thrones’

She told Nylon magazine, “I’m trying to not look at it and trying not to engage with it because it doesn’t benefit me. It just makes me incredibly anxious. Me seeing my face constantly is straining. No one should have to do that. It f***ing sucks, man. I don’t know how the socialites of the world can do that. It’s kind of driving me off the wall. It’s an incredibly difficult space to navigate.”

She added, “I don’t really know anyone who’s kind of gone through what I’m going through. All of my friends are very normal and go to uni and just do very basic things, and my family’s not in the arts whatsoever, so it’s strange. It feels like someone’s opened Pandora’s box and you’re kind of just looking through the looking glass. It’s a bit Alice in Wonderland-y. It’s f***ing weird.”

Fame is a double-edged sword for many. While some celebrities bask in the spotlight, many others, especially younger actors who are not used to it, have said that their mental health and privacy suffered due to their popularity. British stars like Daniel Radcliffe (‘Harry Potter’) and Robert Pattinson (‘Twilight’) deliberately chose indie movies to build their careers after popular franchises because the glare of the public eye was too much for them.

‘House of the Dragon’ is the first spinoff series of HBO’s massively popular fantasy drama ‘Game of Thrones’ to see the light of day. The series is a prequel and is set about 200 years before the events of the original show. Like the story of Jon Snow, Arya Stark, Daenerys Targaryen, and so on, ‘HotD’ also centres around a struggle for the Iron Throne, the seat of the monarch on the fictional continent of Westeros. But while the tussle for power in ‘GoT’ was between houses, in the new series it is among the Targaryens themselves.

In India, ‘House of the Dragon’ streams on Disney+ Hotstar.