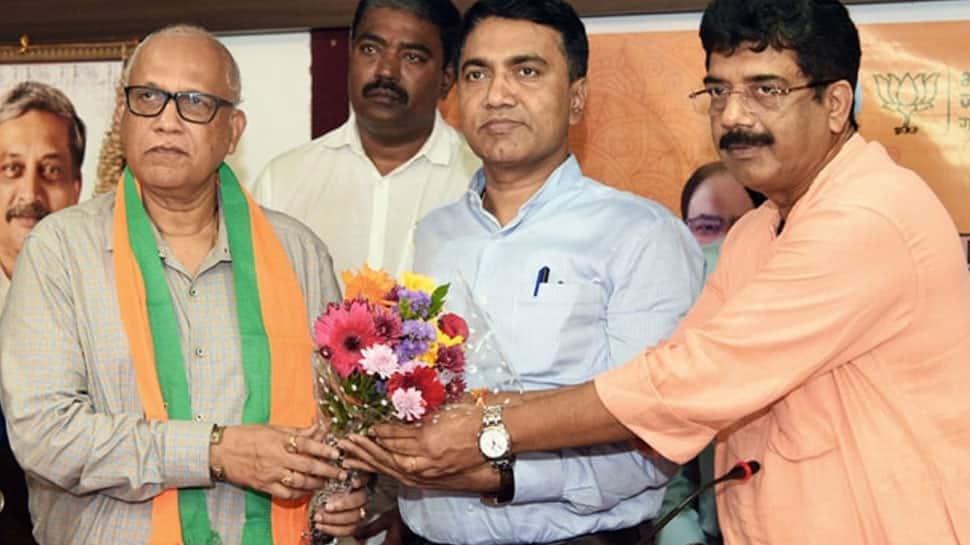 
Panaji: Congress veteran and former Goa Chief Minister Digambar Kamat on Wednesday said that he received signals from God about quitting his party and joining the ruling BJP. “God told me `you take the decision, I am with you. Hence, I decided to join BJP,” the senior Goa politician said.

Kamat was responding to a question on the oath taken before God that he will never leave Congress and will remain loyal. Kamat said that God has supported his current decision. “I have faith in God. I again went before God and shared the entire situation and sought his guidance. He then told me to take a decision saying `I am there with you,” Kamat told reporters here.

Notably, ahead of the February 2022 Assembly polls, the Congress party candidates had taken an oath before temples, churches and dargah that they will not leave the party after getting elected and will always remain loyal. Kamat had taken the lead to give this oath to the candidates, a video of which is going viral after eight Congress MLAs switched over to BJP.

Earlier, on July 10, 2019, during the last term of the BJP government, 10 MLAs of Congress along with Leader of Opposition Chandrakant Kavalekar had switched to BJP. Hence to dilute that issue and to reassure people that their MLAs will not defect, Congress organised `oath-taking’ programs before the election.

“I went back to the temple and I asked God and goddess what I should do. We have a system of taking Prasada. God said go ahead don`t worry,” Kamat further said.

`Prasad` is traditionally practised in Goa since ancient times, asking Gods and Goddesses about different problems and their solutions through Priest. This is practised in many temples of Goa. Devotees take this `prasad` before doing any good work and also seek solutions to their problems.

Earlier on Wednesday, a resolution was passed in the Congress Legislature Party meeting to merge with the BJP. Goa CM Pramod Sawant told reporters that no decision has been taken yet on a cabinet reshuffle in the backdrop of the BJP strength rising to 28 in the House.

Addressing a press conference with state BJP chief Sadanant Shet Tanavade, Sawant said that BJP’s strength in the 40-member Assembly has gone up to 28 with the eight new entrants. The chief minister said eight of the 11 MLAs of Congress, including former chief minister Digambar Kamat, have joined the BJP.

“With today’s development, the BJP now enjoys the support of 33 MLAs (including two of the Maharashtravadi Gomantak Party and three Independents). These Congress MLAs have joined the BJP unconditionally,” Sawant said.

. @INCIndia was undertaking a Bharat Jodo Yatra, but a Congress Chhodo Yatra is now beginning from Goa. I welcome all 8 MLAs to the BJP.

Taking a dig, Sawant said ‘the Congress Chhodo Yatra’ has begun from Goa and exuded confidence that the BJP will win another Lok Sabha seat in Goa in the next elections.