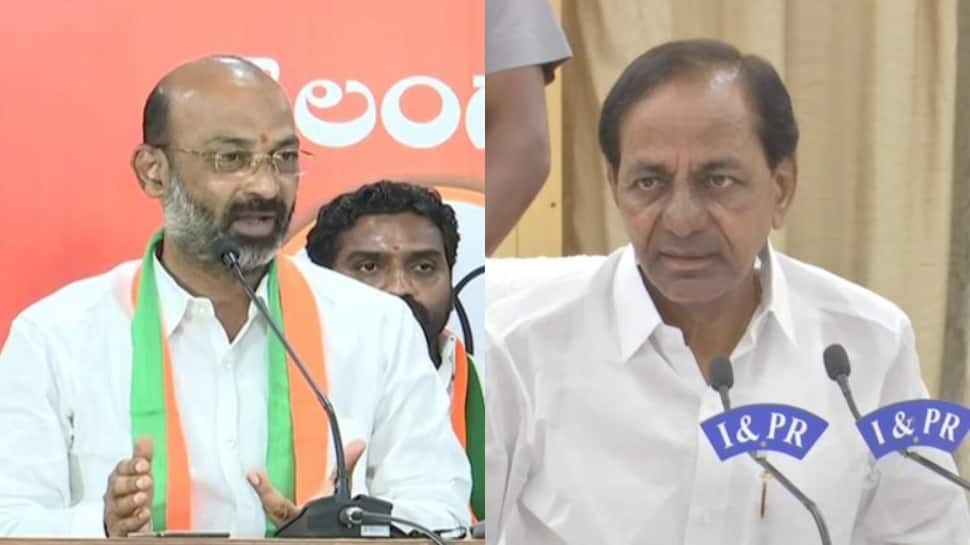 
Hyderabad: BJP state president and MP Bandi Sanjay Kumar on Thursday called CM K Chandrashekhar Rao’s decision to name the new secretariat after B R Ambedkar a “good decision” but added that if there was love for weaker sections, a Dalit should be made the chief minister.

“Naming the new secretariat of the Telangana government after Ambedkar is a good decision. But, what happened to KCR`s promise that he would be beheaded if he did not keep his word? If there is love for Dalits then a Dalit should be seated as Chief Minister permanently as long as TRS is in power. A Dalit should be seated in the CM’s new seat in the new secretariat,” Bandi said.

He also attacked the CM by asking why is the government not giving three acre of land to Dalits. “Dalit society will not approve of if you just name Secretariat (after Ambedkar) and do votebank politics. Not just naming Secretariat, but a Dalit should be installed as Chief Minister in that Secretariat,” he told media reporters.

State Ministers and other TRS leaders hailed the decision. The TRS leaders and activists performed ‘milk abhishekam’ to Rao’s posters at some places.

Welcoming Rao’s move, Owaisi tweeted: “Excellent decision by @TelanganaCMO to name new Secretariat building after #BabasahebAmbedkar. I thank him for considering my suggestion. KCR has worked hard to improve socio-economic conditions of BCs, SCs, STs & minorities. This is a befitting reflection of his dedication.”

Excellent decision by @TelanganaCMO to name new Secretariat building after #BabasahebAmbedkar. I thank him for considering my suggestion. KCR sb has worked hard to improve socio-economic conditions of BCs, SCs, STs & minorities. This is a befitting reflection of his dedication pic.twitter.com/LeIEH8aFzV
— Asaduddin Owaisi (@asadowaisi) September 15, 2022

It is a matter of pride for Telangana people to name the new Secretariat building after Ambedkar, a CMO release quoted Rao as saying. The Telangana government is moving forward with Ambedkar’s philosophy that all people should get equal respect in all sectors, he said.

A separate State of Telangana became a reality as Ambedkar incorporated Article 3 (which deals with formation of new States) in the Constitution with his farsightedness, he said.

The State government is implementing Ambedkar’s Constitutional spirit by providing humane governance to SC, ST, BC, minorities, women and also the poor in “forward castes,” he said in the release.

KCR’s decision to name the Secretariat after Ambedkar comes close on the heels of the State Legislative Assembly passing a resolution proposing to the Centre to name the newly-constructed Parliament in Delhi after Ambedkar.

Rao said he would soon write a letter to the Prime Minister about the Assembly resolution. He reiterated his demand that the new Parliament building be named after Ambedkar.