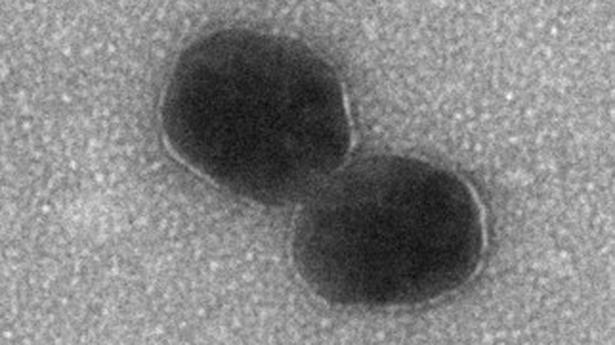 The spherical vesicles, which can be delivered to immune cells, are expected to potentially trigger an immune response

The spherical vesicles, which can be delivered to immune cells, are expected to potentially trigger an immune response

To combat tuberculosis, researchers at the Indian Institute of Science (IISc) have designed a new method under which a vaccine candidate for the disease can be delivered by making use of Outer Membrane Vesicles (OMVs). These spherical vesicles, which can be delivered to immune cells, are secreted by bacteria coated on gold nanoparticles. The deliverance is expected to potentially trigger an immune response to offer protection against TB.

Across the world, TB, which is caused by a bacterium called Mycobacterium tuberculosis, claims the lives of over a million people every year. Currently, BCG is the only effective vaccine against TB. It contains a weakened form of the disease-causing bacterium, which when injected into the bloodstream, produces antibodies which can help fight the disease.

However, the scientists have said that the BCG vaccine does not protect adolescents and adults as effectively as it does children. Prompted by this, Rachit Agarwal, Assistant Professor at the Centre for BioSystems Science and Engineering (BSSE), IISc, and his group worked on developing a potential subunit vaccine candidate that contains only parts of the infectious bacterium to stimulate an immune response.

Although other scientists had developed subunit vaccines based on a handful of proteins from the disease-causing bacteria earlier, they had not been effective in the treatment. Agarwal’s group decided to take a slightly varied approach and made use of OMVs — which are spherical membrane-bound particles released by some bacteria, and contain an assortment of proteins and lipids which could induce an immune response against the pathogen.

“They’re safer compared to a live bacterium, and since they are membrane-derived, they contain all kinds of antigens,” explained Agarwal, the senior author of the paper published in  Biomaterials Advances. The researchers further explained that while subunit vaccines typically only contain a limited number of antigens — bacterial proteins that can elicit an immune response in the host, the OMVs contain a variety of antigens, which can induce a better immune response.

“Mycobacterium-derived OMVs are usually unstable and come in different sizes, making them unsuitable for vaccine applications. But the OMVs coated on gold nanoparticles (OMV-AuNPs) by the IISc team were found to be uniform in size and stable. The researchers also found that human immune cells showed a higher uptake of OMV-AuNPs (gold nanoparticles) than of OMVs or gold nanoparticles alone”, said an IISc press release.

According to Avijit Goswami, a former postdoctoral fellow at BSSE and one of the first authors of the study, the most challenging part was the production and scaling up of OMVs as it was a complex process. “To synthesise OMV-AuNPs, the OMVs and the gold nanoparticles are forced together through a 100 nm filter. The OMVs break up in the process and encapsulate the gold nanoparticles,” explained Edna George, a former postdoctoral fellow at BSSE, and co-first author of the study.

During this study, the immune cells, which were cultured in the lab, were treated with OMVs derived from a related bacterial species which does not cause disease in humans, called as Mycobacterium smegmatis. Furthering their research, the team plans to develop gold-coated OMVs derived directly from Mycobacterium tuberculosis. They will then test the same on animal models and carry the results forward for clinical applications.

“Such efforts could open up new avenues for the development of vaccines for other bacterial diseases as well”, the release said.