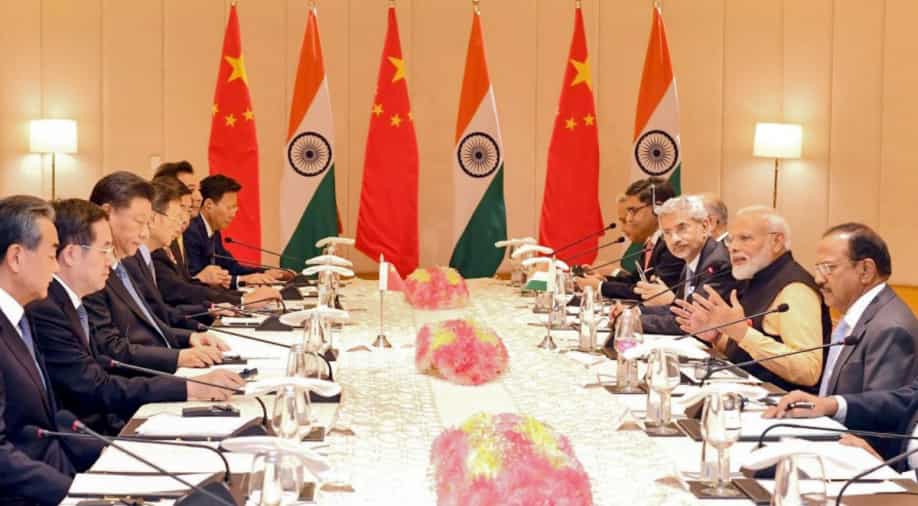 
Ahead of the Samarkand Shanghai Cooperation Organization or SCO summit, India and China started disengagement on Thursday at Gogra-Hotsprings at the Line of Actual Control (LAC) in Eastern Ladakh. In a brief joint statement, the two sides said, “Indian and Chinese troops in the area of Gogra-Hotsprings (PP-15) have begun to disengage in a coordinated and planned way, which is conducive to the peace and tranquillity in the border areas.”. The development comes after 16th round of the India China Corps Commander Level Meeting that took place on July 17.

The Shanghai cooperation organisation or SCO summit in Uzbekistan’s cultural capital Samarkand will be the first time both Indian Prime Minister Narendra Modi and Chinese President Xi Jinping will be under the same roof since the Galwan incident. So far, no confirmation, if Indian, and Chinese leaders will meet on the sidelines of the SCO summit in Samarkand is given by New Delhi or Beijing.

The Galwan incident of 2020 saw Chinese aggressive action at the Line of actual control in eastern Ladakh, which led to the death of 20 Indian soldiers. China, after much delayed, accepted that it lost 4 of its soldiers, a claim that remains doubtful given Beijing’s track record on transparency. India and China already have undertaken disengagement at finger areas of Pangong Lake (Feb 2021), Gogra Hot springs PP17, Galwan. But friction areas like Depsang and Demchok remain.

Russian President Putin has confirmed that he will be meeting the Chinese President on the sidelines of the SCO summit. During his meeting with, Chairman of the Standing Committee of the National People’s Congress of China Li Zhanshu on Wednesday, he said, “I will meet with President Xi Jinping soon, during the events related to the Shanghai Cooperation Organisation, which will be held in Samarkand, Uzbekistan”. Li Zhanshu is the 3rd highest-ranking leader of the Chinese communist party and was in Vladivostok for the Eastern Economic forum. SCO is one of the largest groupings in the world and was formed in 2001. Its members are Russia, China, India, Pakistan and the 4 central Asian countries of Kazakhstan, Kyrgyzstan, Tajikistan, and Uzbekistan.