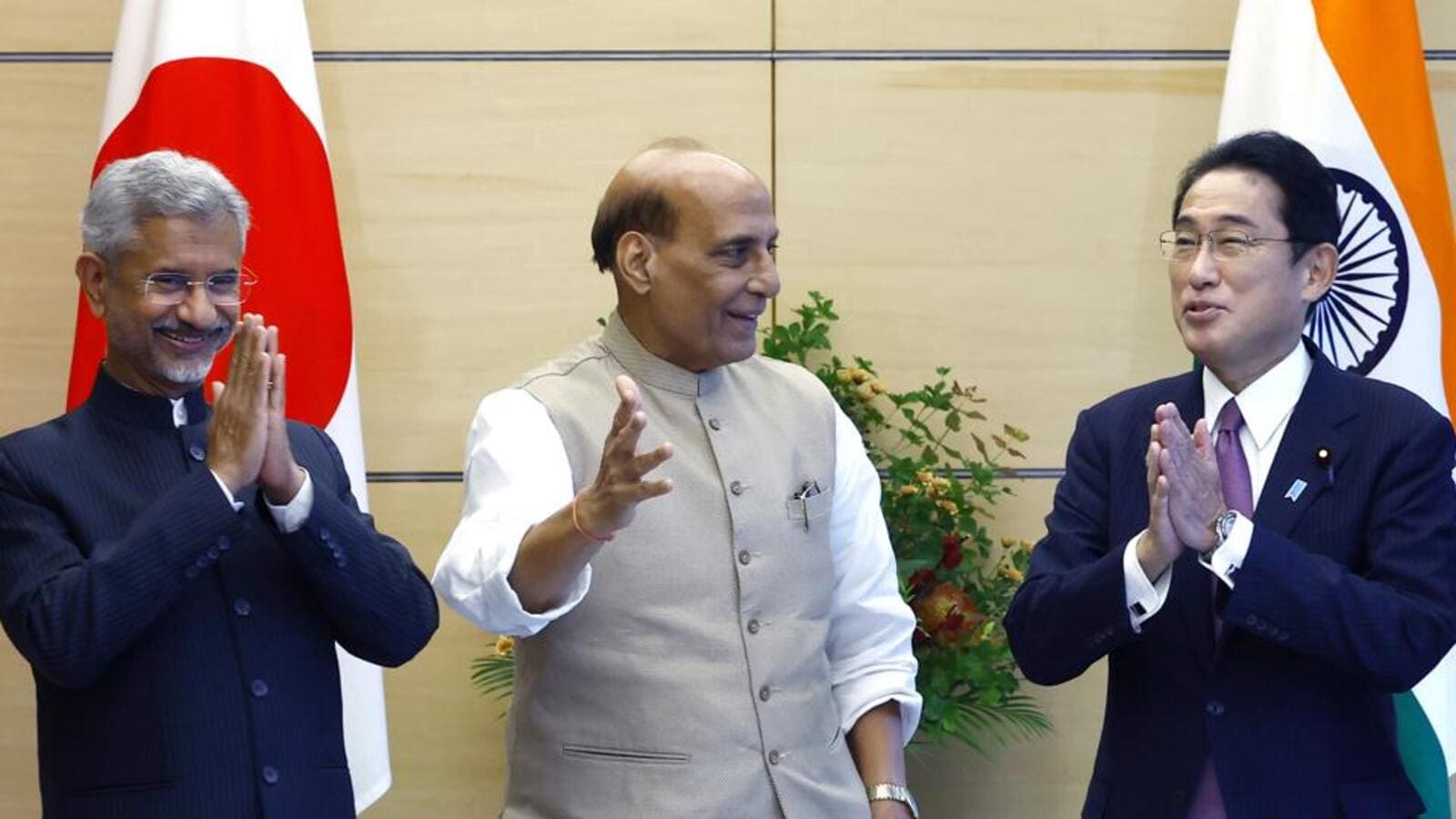 
NEW DELHI: Japan and India face many challenges, including the Ukraine crisis and the situation in the East and South China Seas, and should work together to realise a free and open Indo-Pacific, Japanese Prime Minister Fumio Kishida said on Friday.

“We would like to work together to realize a ‘free and open Indo-Pacific’. Based on the results of the Japan-India 2+2 meeting held [on Thursday], we will further strengthen the Japan-India Special Strategic Global Partnership,” Kishida was quoted as saying in a readout from Japan’s foreign ministry.

Kishida further said that “Japan and India are partners that share fundamental values and strategic interests”, and the two countries are “facing many challenges, including the situation in Ukraine, the East and South China Seas, and North Korea”, the readout said.

He also expressed his gratitude for Prime Minister Narendra Modi’s decision to attend the funeral of former premier Shinzo Abe at the end of this month. Abe, Japan’s longest-serving prime minister, was assassinated during an election campaign meeting on July 8.

The readout stated that Singh and Jaishankar said they would like to cooperate with Japan in a wide range of areas based on the outcomes of the 2+2 meeting.

Both sides exchanged views on the regional situation and are steadily making progress in cooperation on defence equipment and technology, as was agreed on in the 2+2 meeting. They are also cooperating in joint training, including the first bilateral air force exercise.

Kishida also touched on Japan’s presidency of G7 and India’s presidency of G20 next year and stressed the importance of transparent and fair development financing. He said the two countries will cooperate in this area.

Both sides also share the view that they will continue to enhance cooperation in a wide range of areas ahead of Modi’s proposed visit to Japan for an annual summit.

During the 2+2 meeting, India backed Japan’s efforts to reinforce its defence capabilities over the next five years, reflecting the growing security cooperation between the two sides. India and Japan also emphasised the need for all countries to peacefully resolve disputes without using force or any unilateral change of the status quo against the backdrop of China’s aggressive actions across the region.