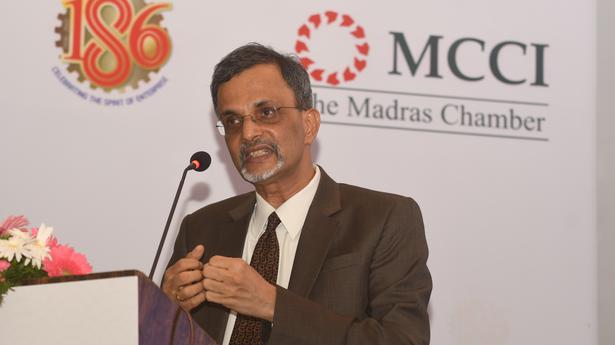 Chief Economic Advisor V. Anantha Nageswaran said the Rupee is being managed in a manner that reflects the fundamentals of the economy.

Chief Economic Advisor V. Anantha Nageswaran said the Rupee is being managed in a manner that reflects the fundamentals of the economy.

Chief Economic Advisor V. Anantha Nageswaran on September 12 said India is not defending the Rupee and the Reserve Bank of India (RBI) is taking necessary steps to ensure that the movement of the Rupee is gradual and in line with market trends.

Mr. Nageswaran further said that the Rupee is being managed in a manner that reflects the fundamentals of the economy.

“India is not defending the Rupee… I don’t think Indian fundamentals are such that we need to defend the Rupee. The Rupee can take care of itself,” he said at an event in New Delhi.

The Indian Rupee, in August, had touched an all-time low of 80.15 against the U.S. dollar. It is currently hovering at 79.15 level against the American currency.

“The RBI is making sure that whatever direction the Rupee is moving in line with the market trends is just gradual and doesn’t impose burden either on the importers or the exporters,” Mr. Nageswaran added.

The fall in the reserves during the reporting week ended August 26 was on account of a dip in the foreign currency assets (FCA), a major component of the overall reserves, and the gold reserves, according to the Weekly Statistical Supplement released by the RBI on September 2.

Responding to a question on rise in inflation in August, he said the price rise is also partly due to base effect. “And, I think because of the market reading the sowing data as something that is signalling a future… which is probably misplaced.

“So, in that sense, I feel that there is scope for a month-on-month spike to come down,” Mr. Nageswaran added. According to government data, retail inflation inched up to 7% in August from 6.71% in July.