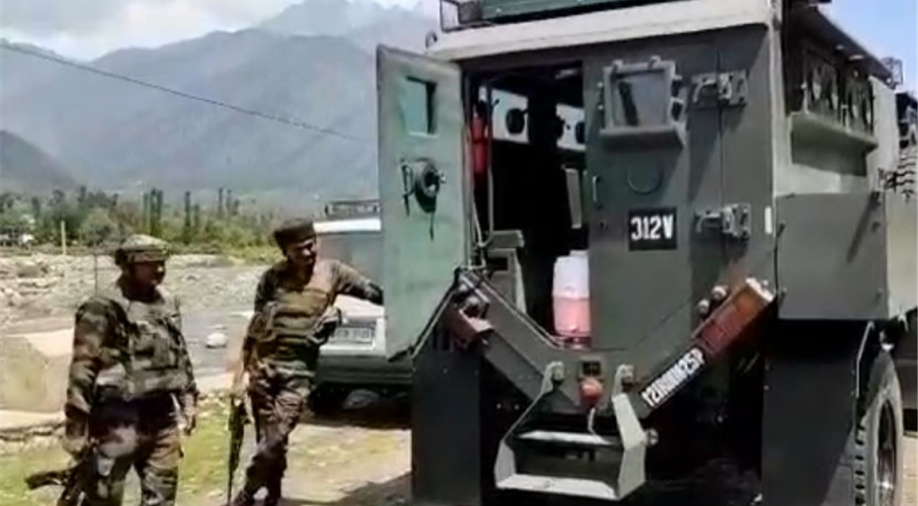 
Jammu and Kashmir Police said that they have killed two Ansar Ghazwat-ul-Hind (AGuH) terrorists in a brief chance encounter at the Thajiwara Bijbehara area of Anantnag.

The killed terrorists have been identified as Fayaz Ahmad Kumar alias Faheem Kumar, son of Mohammad Ramzan Kumar, and Owais Ahmad Khan, son of Ghulam Mohammad Khan. Both terrorists were residents of Waghama Bijbehara and were affiliated with the proscribed terror outfit AGuH.

“As per police records, both the killed terrorists were involved in several terror cases and civilian atrocities, including attack on police personnel at Cheeniwooder Srigufwara on 03/07/2022 in which one police personnel Firdous Ahmad Dar got seriously injured. They were also involved in an attack on police personnel Ghulam Qadir at Darashikon Park Bijbehara on 12/08/2022 in which he received grievous gunshot injuries. Besides, they were also involved in grenade lobbing incidents at Padshahibagh on 15/06/2022 and Sangam Chowk on 22/08/2022,” said a Jammu and Kashmir Police official.

The security forces also recovered arms, ammunition, and other incriminating materials from the encounter site. All the recovered material has been taken into case records for further investigation. In this connection, police have registered a case under relevant sections of law and an investigation has been initiated.

ADGP Kashmir Vijay Kumar congratulated Anantnag Police for carrying out the successful and swift encounter without any collateral damage.