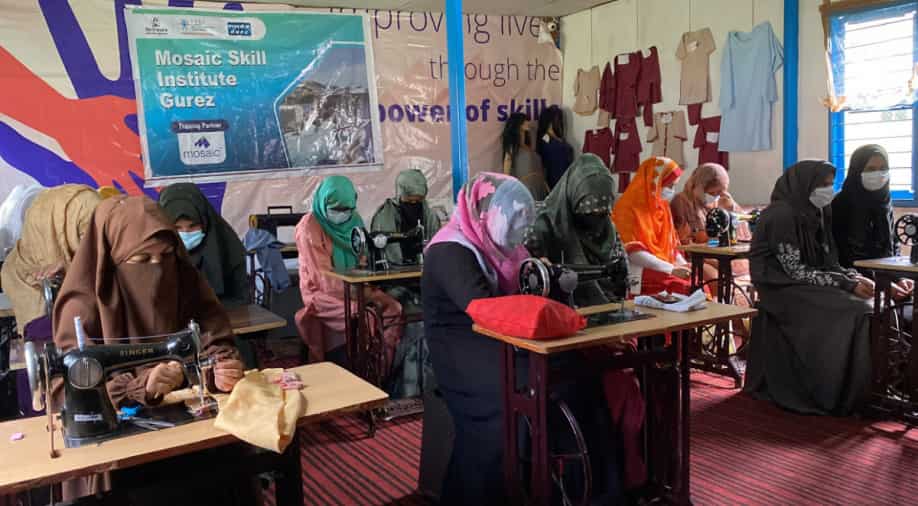 Habba Khatoon known as ‘The Nightingale of Kashmir’ was a poet from the 16th century and holds great respect in Kashmir. And there could have been no better inspiration for these women. These women are taught various skills including computers, stitching and other skills.

The main motive of the Indian Army is to make the women independent so that they can start a business of their own. And the women attending these classes are thankful to the Indian Army for opening the skill development centre in Gurez valley.

“This is a great opportunity for us and will benefit all of us. Skill development is very important in a world, where everything is digital. Most of us had completed our studies and didn’t have a job and now by this we are able to spend our time with each other and learn a skill. We are not wasting our time anymore and also becoming independent. It’s a great platform provided by the Indian Army which has played a great role for the people living in far flung areas. We are highly thankful to the Indian Army,” said Saima, a student.

The bordering villages of North Kashmir have faced a lot of violence due to continuous ceasefire violations from across the border for decades. Hundreds of people were killed and injured during these violations. Many houses and properties were damaged too. The local women have suffered a lot due to the volatile situation. These people are living a normal life finally after the ceasefire agreement between India and Pakistan last year.

The area generally gets cut off after the first snowfall in April and people, especially women, have not much to do.

“I want to thank the Indian Army for opening this centre. It gave us a great opportunity, we were sitting at home and not doing anything. We are learning various skills and the main thing is that we were not doing anything in winters and now we have a skill and an institute to come and learn and earn from,” said Roshni, a student.

The Indian Army has been working hard to open such kinds of initiatives for the women living in these bordering areas. Many such centres have been opened in various sectors close to the Line of Control.