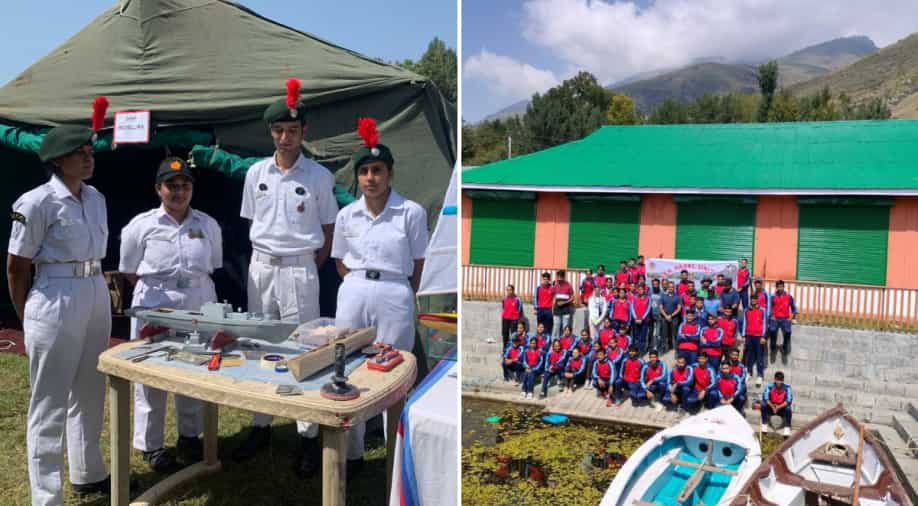 
With the improvement in the security situation in the Kashmir Valley, the Indian Navy has revived the Naval training for National Cadets Corps (NCC) after a gap of 33 years. Over 100 cadets of the NCC attended the training on the Manasbal Lake in central Kashmir’s Ganderbal district.

The first training activity for 100 senior NCC cadets, boys and girls, from all districts of the union territory has been organised. The camp will be running till September 26 and prepare the cadets for the forthcoming national level NCC camp at Visakhapatnam, Andhra Pradesh commencing on October 2.

”I think it’s a great momentous occasion that after a gap of 33 years, the NCC cadets of Kashmir region are fortunate to be part of this camp today which has started, which will help them train in the naval training activities very close to their homes. Before this they had to go to Jammu. In the late 1980s security situation dropped and we had to shift our training areas. And now restarting this Manasbal naval training, I am sure the NCC training in the valley will get a great flip,” said Brigadier K S Kalsi, group commander, NCC cadets.

“The Naval training camps have a number of activities, but this one is specially preparing for cadets of J&K and Ladakh for the upcoming national level NCC camp at Visakhapatnam, Andhra Pradesh commencing on October 2. These cadets are being trained in boat pulling, sailing, ship modelling and signalling. All of them are very important naval training activities. I have no doubt that all the youth who are going to see these events upfront, or through the media in Kashmir will get motivated.” added Brigadier Kalsi.

Kashmir is gifted with numerous water bodies and with Manasbal training facility, the NCC Cadets of Kashmir will not require to travel to Jammu for naval Training and this will be a big motivation for students of Kashmir to volunteer for NCC. The cadets of the valley were extremely happy that the camp is being organised in the valley after decades.

”This training camp has been organised in the Kashmir Valley after a long time, a lot of children from various colleges have come from various parts of the Union Territory. I would want other children to come and be a part of these camps. We are being trained in boat pulling, swimming, sailing, and also drills. Signalling is also being trained as well. The Navy officers motivate us to join the Indian Navy.” said Ovais Rashid, an NCC Cadet.

The main reason for these cadets to volunteer for the training camps is to join the Indian armed forces like Army, Navy, and Airforce.

”It’s a great opportunity for us to be a part of this camp. Due to security reasons, these camps were not held in the Kashmir valley but now have been restarted and we get to learn a lot. I want to join the Indian Navy and that’s why I have joined the cadets.” said Kiran Chaudhary, NCC Cadet.

In the last three decades, the training was mostly provided to these cadets at Nagrota and Mansar lake in the Jammu region due to terrorist activities. This caused huge inconvenience to the cadets from Kashmir Valley.