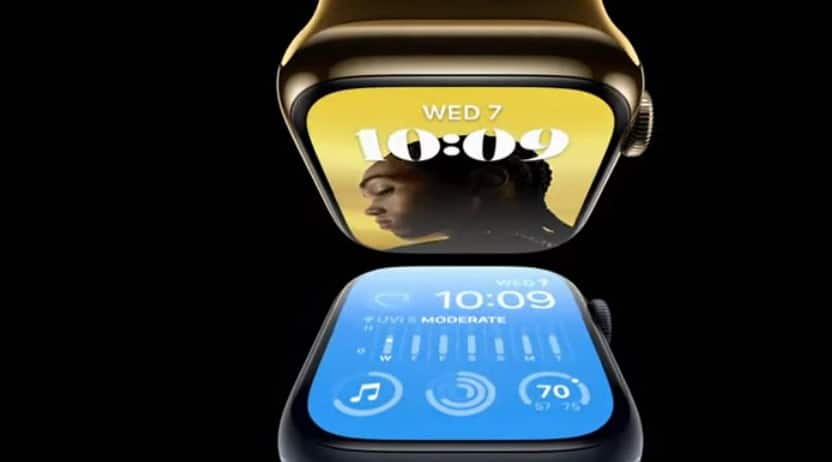 
New Delhi: At the Apple Far Out event, Tim Cook has announced the launch of Apple Watch Series 8 which comes with new watch faces, classy design, always on display, Swim and dust proof and crack resistant.

The new Apple Watch Series 8 is equipped with a number of useful fitness and health features, such as ovulation, which will let female users monitor their menstrual cycle, temperature monitoring (at long last), sleep monitoring, blood oxygen monitoring, and many other features.

Apple claims that the device’s dual sensor design increases the accuracy of tracking body temperature and other vital signs. With the Apple Watch Series 8, the company is taking privacy very seriously as well.

It appears that the Apple Watch Series 8 will be able to recognise when you are involved in a car accident. To help identify these collisions in vehicles like cars, trucks, and SUVs, Apple is relying on a variety of sensors in the watch and its unique algorithm. Only when you are driving does it function.

The GPS version of the Apple Watch Series 8 costs Rs 31,806; the cellular version costs Rs 39,777. Pre-orders can be made starting today, and sales will begin on September 16. The Watch SE 2 has also been made public by Apple.

The second-generation Apple Watch SE is available in fun colours and costs $249. India’s price has not yet been disclosed. Customers can order the reasonably priced watch right now, and it will be delivered on September 16. The smartwatch offers all the fundamental features that the Watch SE of the previous generation Watch SE offered, as well as features like emergency SOS, health detection, car crash detection, heart rate sensor, and more.

The Apple Watch Ultra features a rugged design, 36 hours of battery life, and much more. The company claims that in low power mode, the watch can last up to 60 hours. That’s pretty good for an Apple product. The smartwatch is clearly aimed at athletes and fitness enthusiasts. The Apple Watch Ultra’s features include accurate GPS offerings, watchOS 9, custom workouts, a redesigned compass app, a 49mm titanium case, a redesigned digital crown, water resistance, a fresh and sturdy design primarily for exploration and outdoor activities, and much more. It is clear that with the Apple Watch Ultra, the company intends to compete with premium smartwatch manufacturers such as Garmin, Amazfit, and some others.

The Apple Watch Ultra is also getting a new price. It begins at $799. It will be available for purchase on September 29.