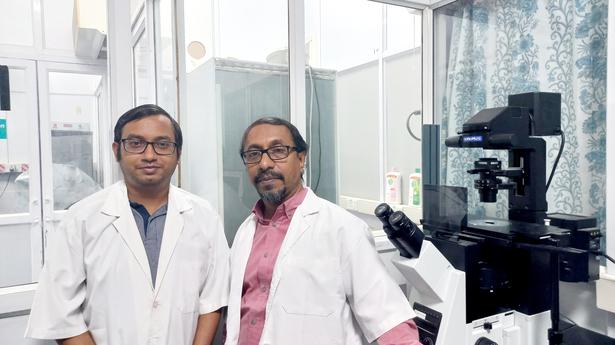 Currently, there are no reliable drugs available for obesity and its associated disorders

Currently, there are no reliable drugs available for obesity and its associated disorders

In spite of all the discipline of diet and exercise, are you still finding it difficult to stay in shape? The developed world suffers from numerous cases of obesity due to a more sedentary mode of life offered by the comforts of the first world. In contrast, in the developing world, due to irregular food habits and economic stress, a large number of individuals have an accumulation of visceral fat especially in the stomach area as well as in the liver.

Although obesity is more of a lifestyle-related health disorder, it can lead to several other diseases such as non-alcoholic fatty liver disease, diabetes and osteoarthritis. Surprisingly, there are no reliable drugs available for obesity and its associated disorders.

While there are several drugs undergoing clinical trials for tackling obesity, many have already fallen through due to undesirable side effects in human patients.

Over the past two decades, our laboratory has been working on how the modifications of the gene rather than the gene sequence itself can regulate gene function. This branch of molecular biology is called epigenetics. The epigenetic changes are reversible and directly correlated with habits as well as social and environmental cues.

Our genetic material DNA is wrapped around protein balls called histones to form the highly organised genome. Different chemical modifications of both DNA and histones can dictate the fate of genes in terms of them being switched on or remaining switched off. This on/off balance of gene expression is critical for health and disease.

We have discovered that one such rarely studied chemical modification of histone — lysine butyrylation — is critical for fat cell development that underlies obesity manifestation. This finding encouraged us to search for a small molecule that could specifically inhibit this modification and thereby arrest or ameliorate obesity.

After many years of effort, we could finally demonstrate that a semi-synthetic derivative of garcinol, a molecule naturally found in Garcinia indica (kokum) fruit rind, could selectively reduce the levels of this modification by inhibiting the catalytic activity of the enzyme responsible for it — the master epigenetic enzyme p300.

Since this molecule (LTK-14A) is very specific for only one enzymatic activity of the multi-functional enzyme p300, we expected minimal toxicity from this compound for biological applications.

As per traditional knowledge, kokum ( Garcinia indica) extracts have been known to have a protective effect against obesity. However, its exact molecular targets were not known. Furthermore, its major chemical constituent garcinol was found to be toxic as it targets many enzymes non-specifically.

Our semi-synthetic molecule, LTK-14A, could offer greater efficacy due to targeted inhibition of the less abundant butyrylation modification that becomes relevant in the context of fat cell development.

We have found that this molecule not only inhibits fat synthesis in mice cell line but also prevents obesity in mice feeding on high fat-diet. Very significantly, this molecule could reduce the weight of genetically obese and highly diabetic mice as well. Furthermore, administration of this inhibitor could reduce fat accumulation in the liver also, making it a suitable candidate for being used against non-alcoholic fatty liver disease.

We have also performed a few pre-clinical tests which indicate that this molecule is almost non-toxic. To increase its efficacy, we have also made a formulation with this molecule as its active component.

This discovery is all set for the next stages of drug development.

Our work on the discovery of this novel regulatory mechanism of obesity manifestation and its specific inhibitor has recently been accepted for publication in the Journal of Medicinal Chemistry.

This entire work is a result of a collaboration between scientists from the Transcription and Disease Laboratory, Molecular Biology and Genetics Unit of Jawaharlal Nehru Centre for Advanced Scientific Research, Bengaluru and CSIR-Central Drug Research Institute, Lucknow.