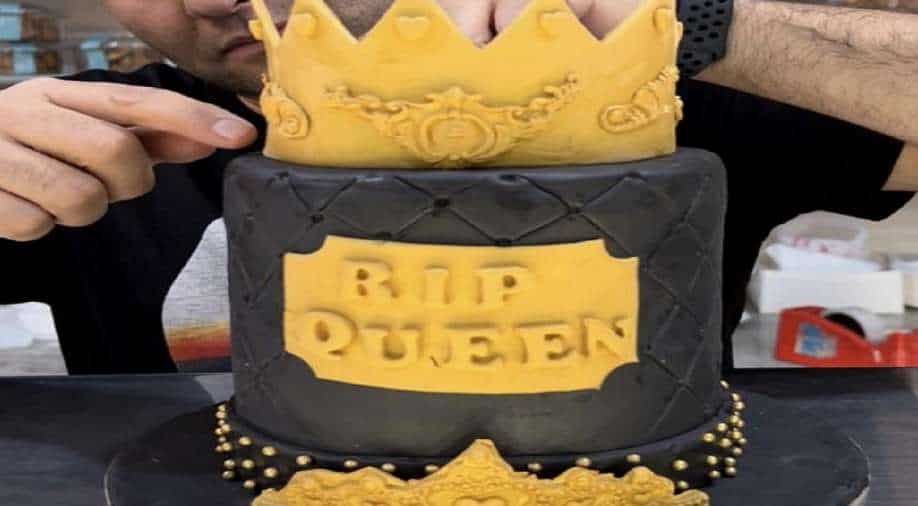 
After the death of Queen Elizabeth II in England, the tributes are pouring in for the monarch from across the world. People have shared their sadness on the passing away of the Queen. In Kashmir, a famous baker Sakib Mir has paid his tribute to the Queen in a very unique way.

Sakib, owner of Le Delice bakery in Srinagar has made a cake in the shape of a crown. which signifies the queen and as the world knows that Queen liked the dark chocolate, so he made sure the flavour is Queen’s favourite too.

” It’s my way of paying tribute to Queen Elizabeth. I made this cake in the form of a Crown and as you can see it’s her favourite flavour which is Dark Chocolate. We have all grown with the story of the Royals and Since I am a baker, I thought what better way to pay her a tribute than making her favourite flavoured cake,” said Saqib Mir, Baker.

With world leaders, royals paying rich tribute to Queen Elizabeth II, the common people across the world have also paid tributes and respect to the Queen. Prime Minister of India, Narendra Modi also paid his tribute to the queen and said ”Her Majesty Queen Elizabeth II will be remembered as a stalwart of our times. She provided inspiring leadership to her nation and people. She personified dignity and decency in public life. Pained by her demise. My thoughts are with her family and people of the UK in this sad hour.”

And In Kashmir Valley, hundreds of people took to social media to pay their respect for the queen. Saqib says he plans to cut the cake with his close friends and family. ”It is the end of an Era,” said Saqib Mir, Baker.