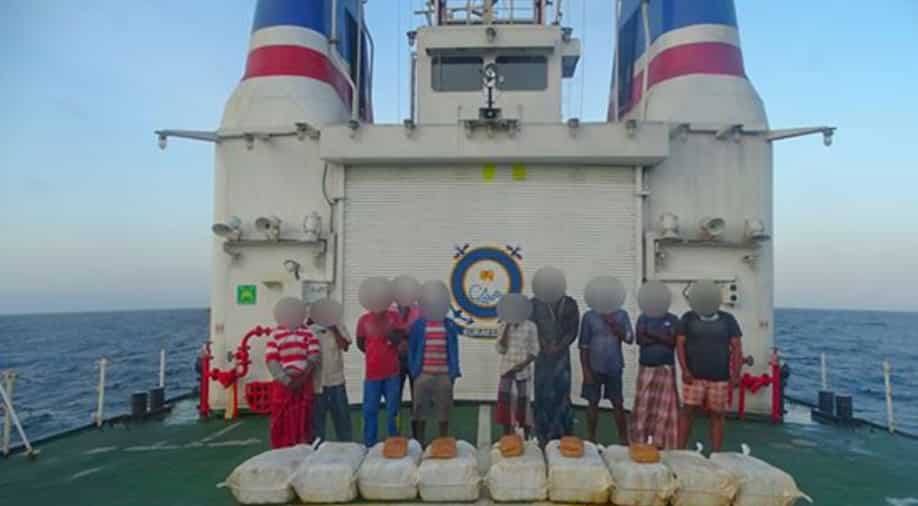 
According to the Sri Lankan Navy, a joint operation between them and the Lankan Coast Guard led to the interception of an Indian boat and its five crew for allegedly carrying Kerala Cannabis (434kgs), in the northwestern waters of the island nation. This operation which was carried out on Tuesday (September 13) evening, also led to the apprehension of a Lankan fishing boat and five Lankan nationals who were allegedly connected with the smuggling attempt.

“SLCGS Suraksha engaged in this special operation inspected a suspicious Indian dhow in Sri Lankan waters west of the Kudiramalai Point, Puttalam through the International Maritime Boundary Line (IMBL) on 13th September. The inspection led to the recovery of about 434kg (wet weight) of Kerala cannabis in 09 sacks and it prompted SLCGS Suraksha to seize the stock of narcotics with 05 Indian suspects aboard the dhow,” read the statement from the Lankan Navy.

It added, SLCGS Suraksha also seized a local one-day fishing trawler with five Sri Lankans, on suspicion that the trawler had reached the sea area to transfer the consignment from the Indian dhow and bring them ashore.

The street value of the stock of Kerala cannabis seized in this operation is believed to be around USD352,000. The intercepted Indian vessel, the contraband, and the ten suspects are to be handed over to the Kalpitiya Police for legal proceedings and investigation.