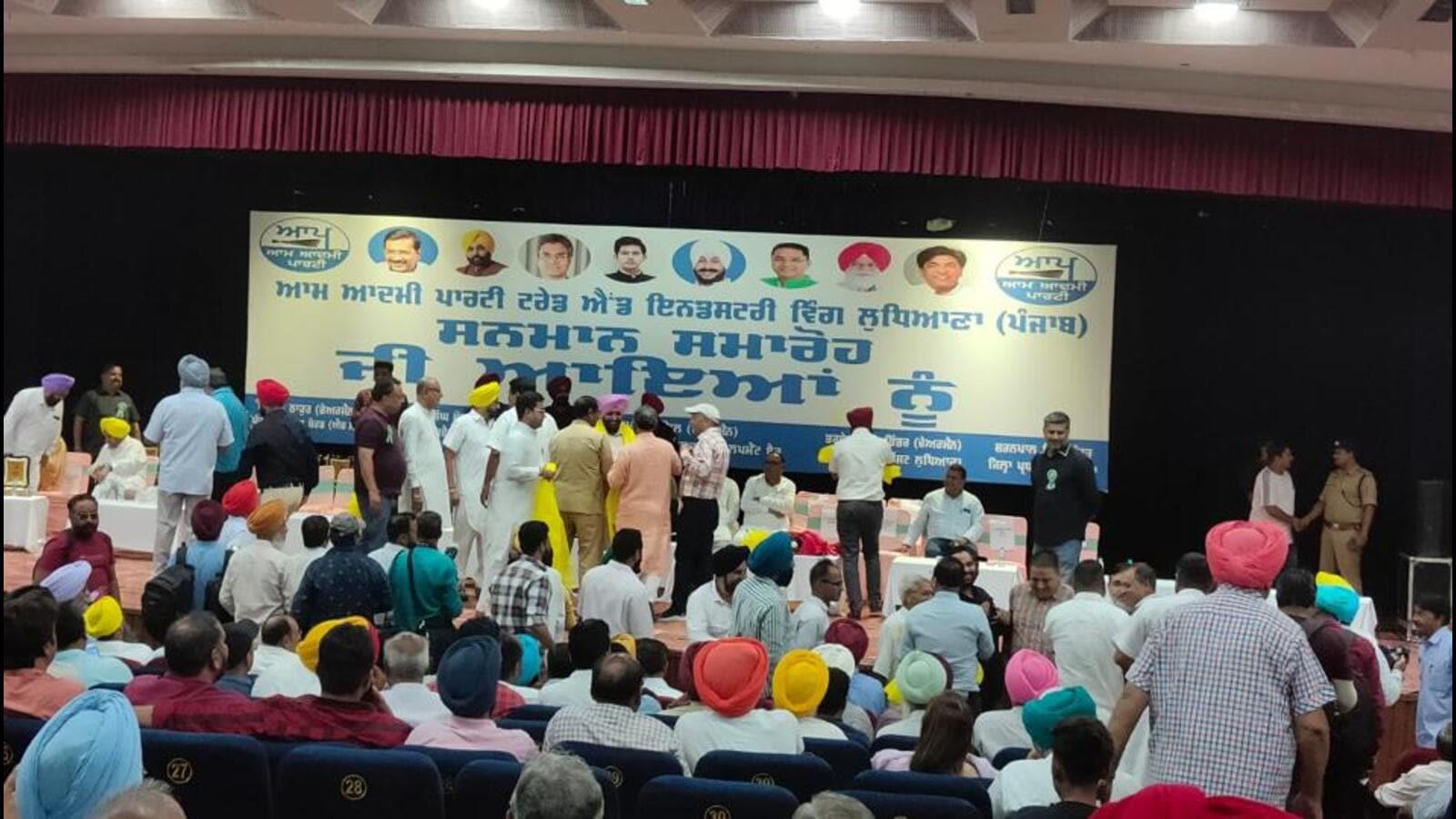 A programme organised by the trade wing of the Aam Aadmi Party (AAP) at Guru Nanak Bhawan here this afternoon with two cabinet ministers as chief guests turned out to be a ‘session in photography’ with traders and members of the party spending most of the time getting pictures clicked with the dignitaries on the stage. Utter chaos and indiscipline ruled the roost with the organisers screaming on the mike asking the audience to get down from the stage and let the programme begin, but to no avail.

To start with, the chief guests at the event, state local bodies minister Inderbir Singh Nijjar and minister for revenue and water resources Brahm Shanker Jimpa arrived an hour late at 3 pm. As Ludhiana-based MLAs and dignitaries were being honoured with a memento and ‘siropa’, the scarce audience present climbed onto the stage to get pictures clicked with the dignitaries. Almost 60% of the seats in the audience were vacant.

The clicking of pictures continued for the next 45 minutes and chaotic scenes were witnessed with the entire programme turning into a photography session with no stopping the traders from creating din.

Members of the Trade Wing were seen telling the audience to get down from the stage so the event could begin and to follow protocol.

However, it was only at 3.45 pm, almost two hours after the scheduled time of 2 pm that Nijjar finally came to the podium to address the audience. Nijjar said he was taking every necessary step to boost investments in the industrial sector.

He added that the Punjab government was working on a new industrial policy and a draft had also been approved by the chief minister recently. They said that the new policy would give a major push to the industry thus creating more job opportunities for the youths of the state.

Jimpa said that a major drive was underway to weed out corruption from the revenue department and transparent services were being ensured to the people.

Meanwhile, Nijjar said that Ludhiana would get a 24-hour canal water supply after three years when the surface water project gets complete.

A trader said these programmes are a farce as there was no formal interaction of the minister with the traders and the entire time was wasted by the ministers in getting pictures clicked. “The ministers say their time is precious, yet all they do is waste time when they come to such events. I was not amongst the ones excited to get themselves clicked with the ministers but wanted them to address our issues. However, the entire programme was a waste of time as all I did was to wait for it to start,” he said.