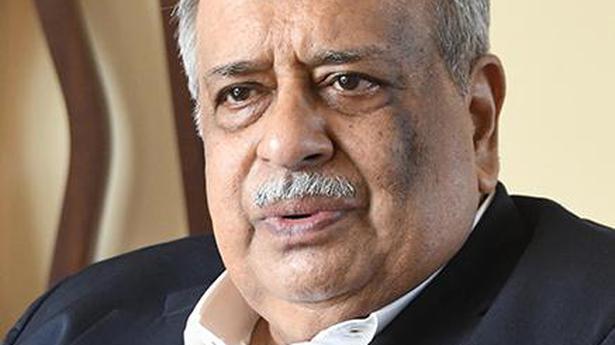 The Finance Ministry on Tuesday constituted an expert committee under the chairmanship of former SEBI chairman Meleveetil Damodaran with a view to identify measures to unravel regulatory hurdles for venture capital and private equity investors.

The committee, whose formation was originally announced by Finance Minister Nirmala Sitharaman in this year’s Union Budget, has been assigned the task of undertaking a comprehensive systemic study of the ‘end-to-end frictions’ and ‘potential accelerants’ from regulatory policy and taxation to facilitate ‘ease of investing’ as well as encouarage investments into India.

Poonam Gupta, the director general of the National Council for Applied Economic Research (NCAER) as well as Former Reserve Bank of India executive director and SEBI member G. Mahalingam have been drafted in as members of the panel, along with former GST member of the Central Board of Indirect Taxes and Customs D.P. Nagendra Kumar.

The terms of reference set by the Department of Economic Affairs in the Finance Ministry for the six-member committee, also include a review of the issues and compliance requirements faced by investors, with suggestions to simplify the state of affairs so as to grow the ‘alternative capital’ participation in the private equity and venture capital industry.

The panel has also been asked to suggest measures to fast-track investments into start-ups and sunrise sectors, apart from any other areas that it identifies during the course of its deliberations and interactions with stakeholders. It has also been urged to study global best practices so as to recommend how to emulate them with ‘forward-looking measures and future-ready regulatory practices’.