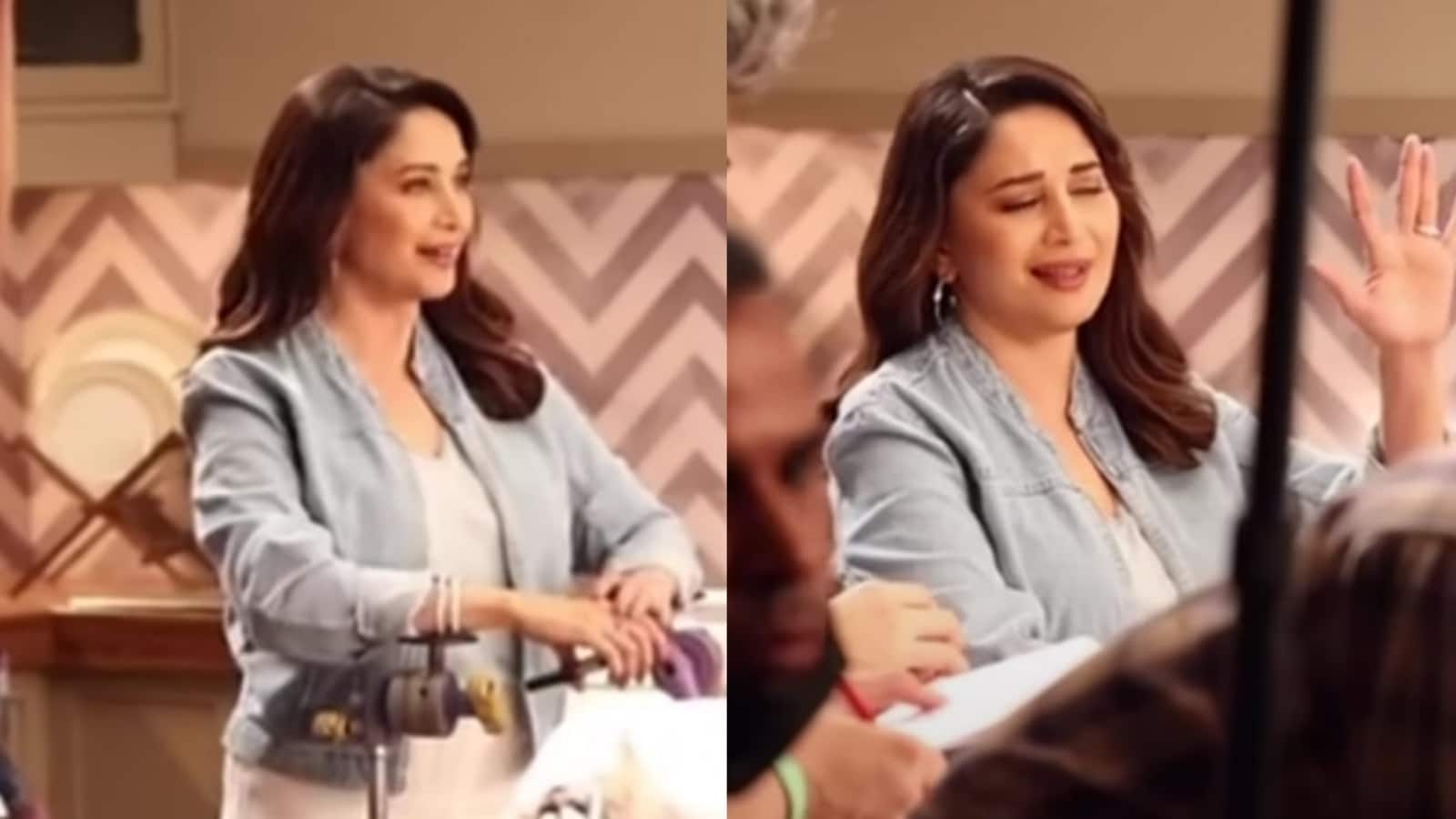 On Friday, Madhuri Dixit took to her Instagram handle and treated fans to a behind-the-scenes video from her recent advertisement shoot. The video shows an ad shoot of a major water purifier brand and features Madhuri having fun on the sets. In the caption, the actor referred to herself as a ‘boss lady’. (Also read: Kangana Ranaut calls Madhuri Dixit a ‘legend’, shares a video of her Hum Aapke Hain Koun song. Watch)

The video gives a glimpse of Madhuri with the ad shoot. She wore a denim shirt and white pants. She is seen shooting in a kitchen holding a glass of water in her hand. In another scene, she is focusing on her black smartphone and trying to explain something with a hanging light in the backdrop.

She captioned the video, “Channelling my boss lady attitude!” She used the hashtags #behindthescenes #bts #photoshoot #adshoot #friday #fridayvibes #reels #explore #reelitfeelit on her Reel. One of her fans commented, “Cannot wait for something new.” Another fan wrote, “Ahhhh you are so beautiful.” Other fan wrote, “I am the biggest fan of Madhuri mam.” Many fans posted heart emojis on her Reel. She seems to be shooting for Aquaguard’s advertisement.

Madhuri made her acting debut at the age of 17 with the 1984 drama Abodh, after which she went on to star in films like Tezaab, Beta, Dil, Hum Aapke Hain Kaun, Mrityudand, Dil To Paagal Hai, Devdas, and more. Madhuri and Shriram Nene tied the knot on October 17, 1999. She shifted base to the US for a few years after marriage but moved back home in 2011. The couple has two sons – Arin and Ryan.

Madhuri Dixit was last seen in the Netflix series The Fame Game, which also starred actors Sanjay Kapoor and Manav Kaul and marked her OTT debut. She will next be seen in the Amazon Prime Video film Maja Maa, which will also feature Gajraj Rao, Barkha Singh, and Ritwik Bhowmik. Madhuri is also one of the three judges of dance reality show Jhalak Dikhhla Jaa Season 10.