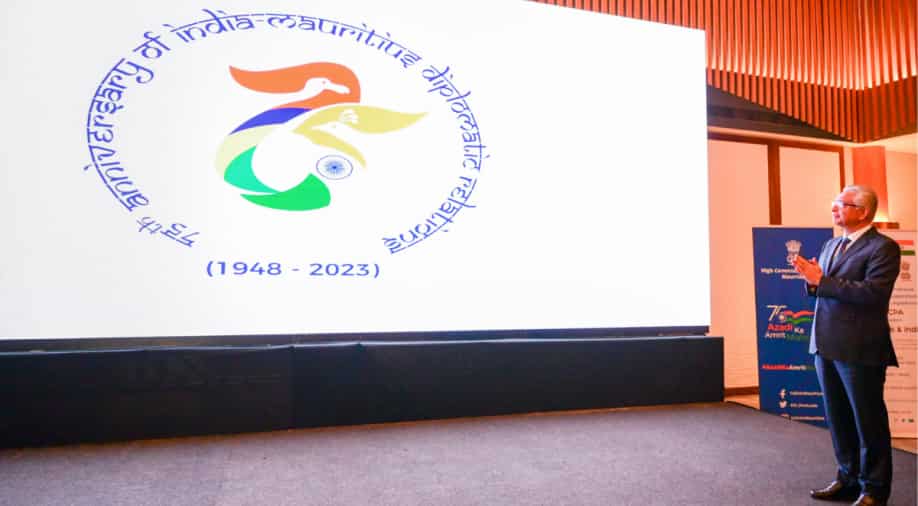 
Prime Minister of Mauritius Pravind Kumar Jugnauth, on Tuesday, while speaking at an event to commemorate the relations between India and Mauritius expressed gratitude to New Delhi for their continued support and unwavering commitment to making CECPA a reality. Notably, this is one of the first such agreements that India has signed with an African country.

The Comprehensive Economic Cooperation and Partnership Agreement (CECPA) is a trade agreement between India and Mauritius. “The CECPA forms a part of a broader strategy between the Governments to broaden our economic horizons and plays an integral part in facilitating cross-border trade and investment,” said PM Jugnauth, at an event celebrating the 75th anniversary of establishing diplomatic ties between India and Mauritius.

According to the local media, he also expressed gratitude to the Government of India and Prime Minister Narendra Modi for the realisation of CECPA and said, “India has been a been a partner and a friend like no other to Mauritius.” PM Jugnauth said that the event further highlights the long-lasting friendship and deep-rooted ties shared by the people of both countries.

The agreement came into force on April 1, 2021, focuses predominantly on trade between the two countries but also includes, Sanitary and Phytosanitary (SPS) measures, dispute settlement, movement of natural persons, telecom, financial services, customs procedures and cooperation in other areas, stated a press release by the Indian Ministry of Commerce and Industry.

PM Jugnauth also went on to highlight New Delhi’s technical, financial and diplomatic support, citing the completion of recent projects like the Metro Express, the new Supreme Court, and the new ENT hospital. “Government is investing massively in the upgrading of infrastructure to make sure businesses operate in the best environment as well as pave the way to the sustainable, intensive, and modern economy,” said the island nation’s PM, according to local media.

The Foreign Affairs Minister of Mauritius, Alan Ganoo, echoed a similar sentiment describing India as a staunch supporter of Mauritius. He said that they have benefitted from New Delhi’s support and called CECPA a pivotal milestone, “Indian investors can use Mauritius as a gateway for production and subsequent exports to African market” Ganoo added. Notably, Mauritius has duty-free access to the 650 million consumer market which the foreign minister attributed to the country’s membership in COMESA and SADC.

The aforementioned event was attended by the High Commissioner of India, K Nandini Singla, who also reiterated CECPA’s benefits in enhancing the well-being of people from both countries. “The CECPA holds tremendous potential to boost bilateral trade and is an ideal platform to explore new opportunities in Africa,” said Singla. India has always been one of Mauritius’ top three trading partners since its independence, while Mauritius has been among the top three sources of FDI into India, indicated the high commissioner.

“We look forward to Mauritius continuing to be a cherished partner in our growth story”, Singla concluded. The event also saw the launch of a booklet penned by the Economic Development Board (EDB) titled, “Mauritius-India: A guide to Business Development”, reported the local media.