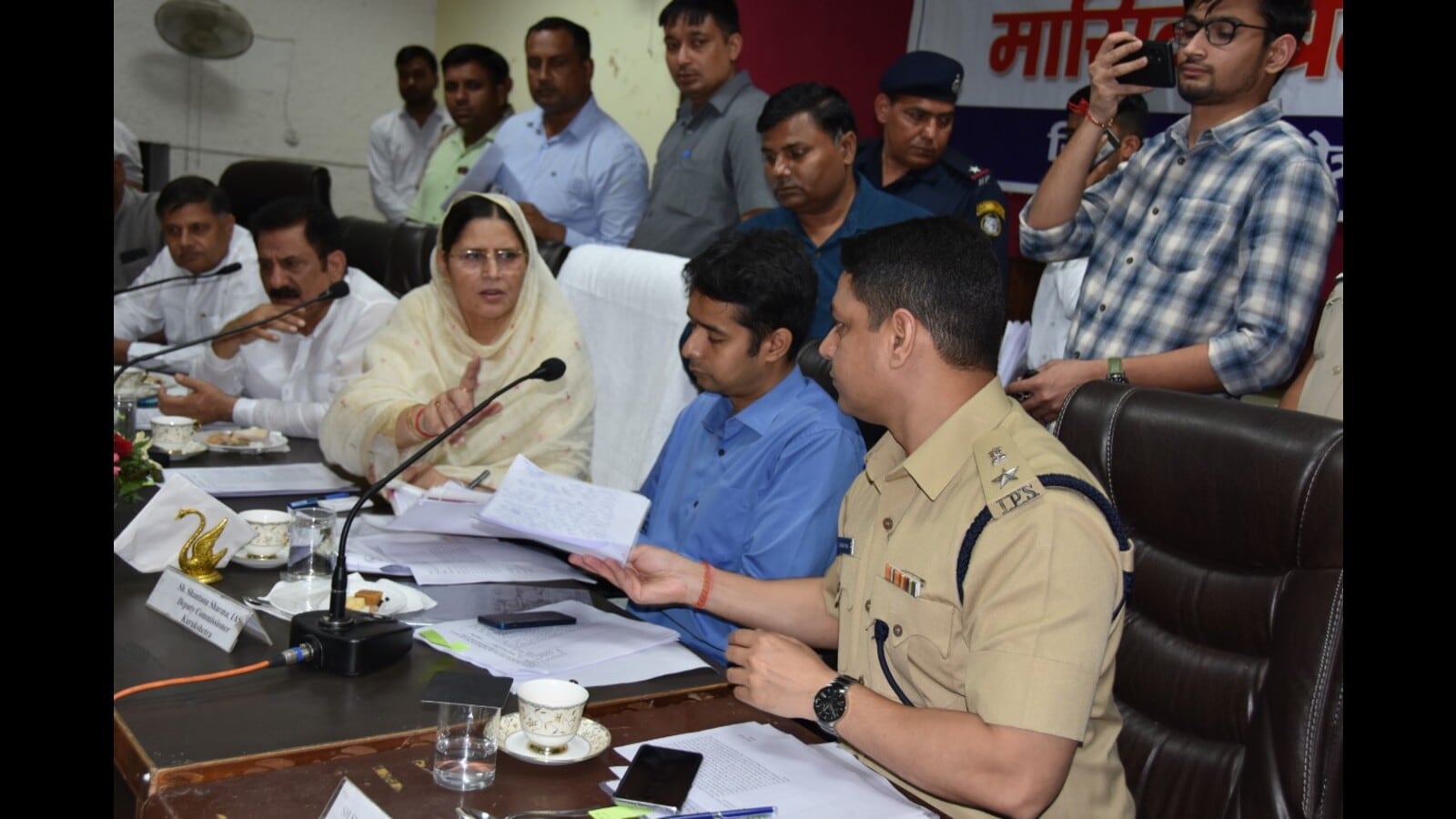 : Haryana women and child development minister Kamlesh Dhanda on Friday recommended the suspension of a former station house officer, block development and project officer and a revenue official for delaying action on a complaint of cutting of 31 trees on panchayat land in Kurukshetra district.

The minister was hearing grievances during the monthly meeting of the district grievances committee.

Mandeep Singh Virk of Ajmatpur village had raised the issue that the said officials did not take action on the complaint of cutting of 31 trees on the panchayat land in October 2020 and an FIR was also registered at Jhansa police station.

However, officials in connivance with the accused and the village numberdar tried to suppress the matter. In the inquiry report by the DDPO, it was found that 31 trees were axed, following which the minister recommended suspension of the then BDPO of Ismailabad block, incharge of Jhansa police station and numberdar of Ajmatpur village.

In another complaint of Khajan Singh of Jadhola village, the minister also ordered a chargesheet against a junior engineer and issued a show cause notice to the sub-divisional officer of the Uttar Haryana Bijli Vitran Nigam.

The complainant alleged that his younger brother Sakeen Singh, who was an employee with the UHBVN’s Pehowa station, was electrocuted to death on duty due to negligence of the officials.

During the meeting, the minister heard 12 complaints and 7 were disposed of on the spot while directions were issued to the concerned officials in the remaining five complaints. ENDS