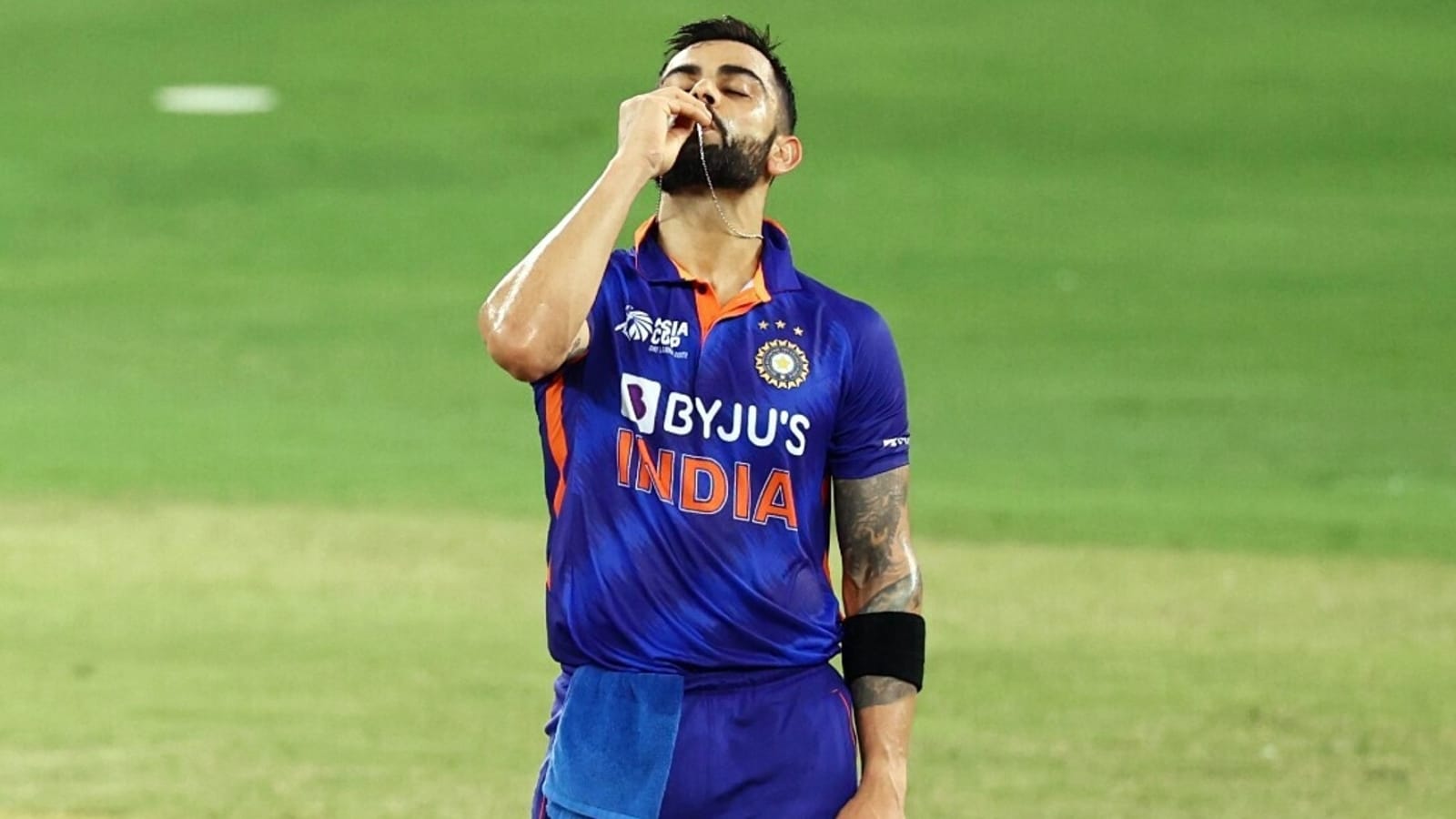 
Although India were out of contention to reach the Asia Cup finals, Virat Kohli’s flamboyance with the bat left fans delighted on Thursday evening. The premier batter, who had been finding himself at the wrong end for over two years, finally notched his 71st international ton, a milestone which came after a gap of over 1000 days.

Kohli’s milestone came against Afghanistan in a dead rubber as the right-handed batter played shots all around the park, an innings which featured 12 boundaries and six maximums. It took him just 53 balls to reach the triple digit mark and he did it in some fashion.

Kohli blasted a four in the first ball of the penultimate over of the Indian innings bowled by pacer Fareed Ahmad. He then smoked a length ball over the mid-wicket fence for a maximum as fans both at the stadium and home finally got what they had been waiting for a long time.

Not only he ended his century drought but his unbeaten knock of 122 (61) saw him scale a new record. Kohli toppled Rohit Sharma to become the Indian batter with highest individual score in T20Is.

Riding on his innings and a solid 119-run opening partnership with KL Rahul India piled a gigantic 212/2 on the board after they were invited to bat first. In response, Bhuvneshwar Kumar dismantled the Afghanistan batters and they could only manage 111/8 in 20 overs, thus conceding a heavy 101-run defeat.

Kohli was named Player of the Match for his scintillating show, where he spoke in length about how his better half Anushka Sharma kept him motivated despite the outside noise. The former India captain also mentioned that even though he kept scoring 50-plus scores during the period, but it was deemed as “failures” by many without taking any names.

“I mentioned one special person – Anushka – who stood by me through these tough times and I mentioned her as she has seen the absolute raw side of me throughout all these months. She was the one putting things in perspective for me, kept giving me the right kind of guidance, vision moving forward and I came back into the system as relaxed person.

“It was just about enjoying the game, understanding the game and what God blessed you with. Today was the build of the last few games, I batted out of my skin to be honest and I surprised myself. What surprised me was my 60s became failures; quite shocking for me, batting pretty well and contributing but doesn’t seem to be enough.

“I can’t really pinpoint anything to anyone as I said God has blessed me with good things in the past and that’s why I am in this position where these things can be spoken about.,” said Kohli during the post-match presentation ceremony.

Kohli also lauded the support he received from the dressing room and allowed him to bat freely. “The team environment have had great communication with me, kept me relaxed and kept my perspective right. When I came back there was not much information coming my way, they just said bat and it was matter of getting into the space of enjoyment,” he further said.

Prior to this Kohli had last scored a century in the pink ball Test against Bangladesh at Eden Gardens on 23rd November, 2019. He had then scored 136.

He had then scored 85 against West Indies in an ODI encounter in Cuttack in December 2019. He also had scored a couple of 89s against Australia at home and away in 2020.