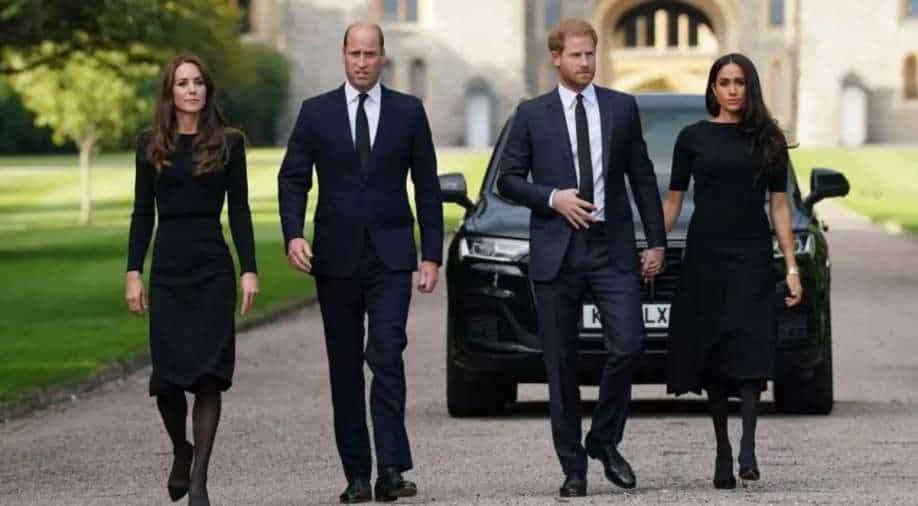 
With the highly anticipated reunion of Prince William and Prince Harry along with their wives, due to Queen Elizabeth II`s death, came an influx of analysis of how the royals interacted with each other.

According to Fox News, due to a video doing rounds on the internet, netizens criticised the Prince of Wales, for his apparent lack of chivalry with wife Kate Middleton, whilst praising the Duke of Sussex for his treatment of wife Meghan Markle.

In it, Prince Harry was seen ushering his wife to their shared car, attentively opening and closing the door for her, while the Prince and Princess of Wales separately entered the car. The two royal couples were departing the massive crowd outside of Windsor Castle gathered to pay their respects to the queen.

Fox News reported that one Twitter user simply wrote, “Harry holds the car door open for his wife. Makes sure she’s safe. Wills does not. Case closed.” Drawing comparisons between William and his father, King Charles III, with Harry and his mother, the late Diana, another user wrote, “Harry is a gentleman. William however acts like his father.”

A third person added, “Harry is a true king and son of Diana. Look how he cares for his wife.”

As per Fox News, while the majority of users were critical of William, some users disagreed, with one writing, “Class act from William inviting his brother and SIL despite all the hurt caused and the lies.”

The queen died at her vacation home in Balmoral Castle, Scotland at age 96 on September 8. Following Queen Elizabeth II’s death, her son King Charles III’s acceded to the throne.

This reunion of the royal siblings and their wives came a day after the king paid tribute to the queen and his sons in a pre-recorded speech, during which he confirmed that William and Kate would now be known as the Prince and Princess of Wales.