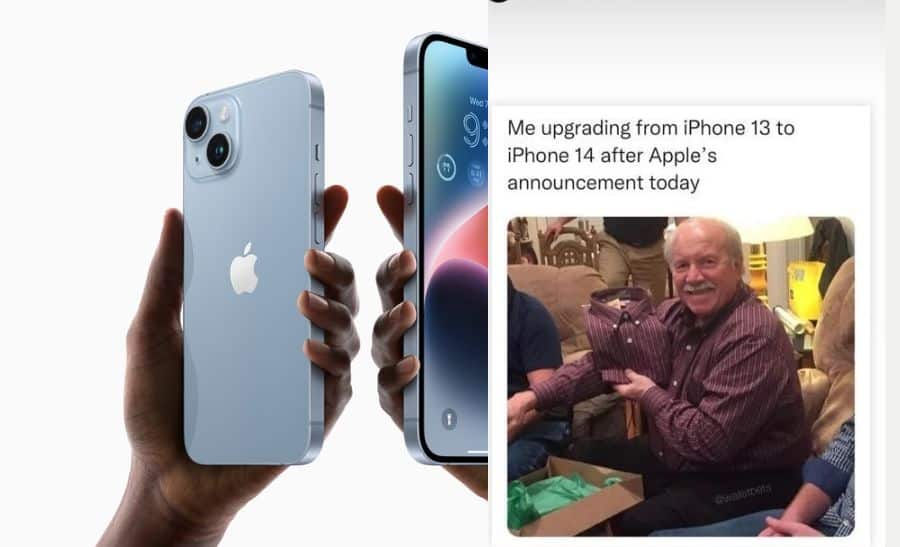 Mocking the new iPhone 14 lineup, Steve Job’s daughter shared a meme on her Instagram handle, making a mockery on zero-innovation and creativity in designs of iPhones. Jobs’ daughter shared a photo of an old man wearing a checkered brown shirt and buying a new shirt with the exact same design. “Me upgrading from iPhone 13 to iPhone 14 after Apple’s announcement today,” says the caption.

They all have the same designs with some little upgrades, which is unconventional for a company known for its out-of-league-innovations.

One twitter user shared the famous meme in which all spidermens from different dimensions struck against each other. They all are pointing to each other. So he wrote, “Always think of this meme when I watch Apple events.”

Always think of this meme when I watch Apple events  pic.twitter.com/SuZoIOGxjM

One user taking in the dig of new Apple smartwatch series 8 pro by calling to add superlative term Pro to give the high feeling.

Other user posted a payment method list to purchase iPhone 14 after Apple Event. The funny part is the option of Kideny among VISA, Mastercard, etc.