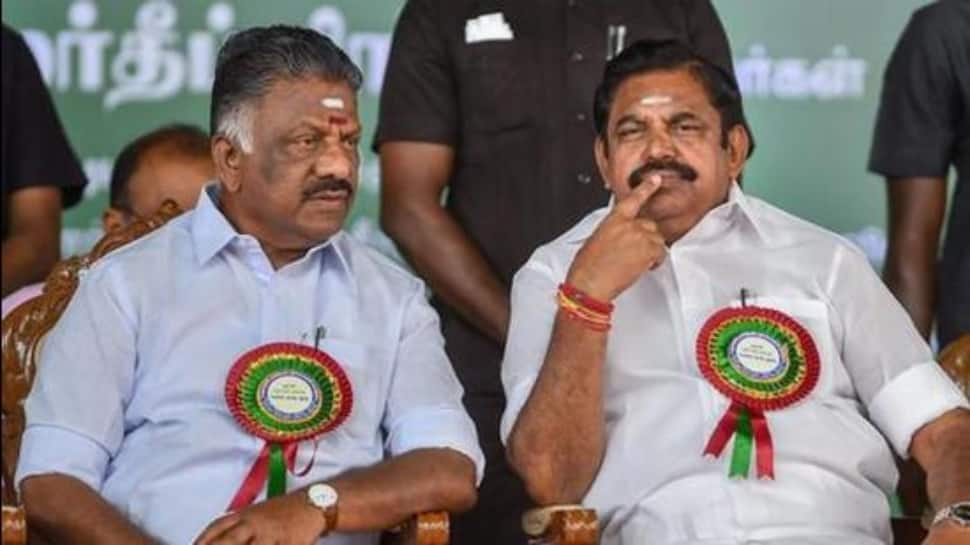 
Chennai: AIADMK leader Edappadi K Palaniswami on Thursday slammed rival leader O Panneerselvam as an “opportunist and chameleon” and ruled out chances to take him back into the party even if he or his camp apologised for unruly acts unleashed in the party office in July. Palaniswami, who visited the party headquarters here after about two months, the first after he was elected interim general secretary on July 11, hit out at the rival camp.

To questions like electoral setbacks and the demand from the OPS camp to unify the party, he slammed Pannerselvam as ‘opportunistic’ and as a person who changed colours more often than a “chameleon.”

EPS ridiculed Panneerselvam, popularly known as OPS, for carrying out “Dharma Yudha” years ago against VK Sasikala, the confidante of late party supremo J Jayalalithaa and now pitching for her inclusion into the party.

He also alleged that OPS is disloyal to the party.

Palaniswami also said that there is no question of a split in the AIADMK as only some functionaries who betrayed and worked against the party interests were expelled by the General Council.

OPS and his supporters were ousted from the party in the GC meeting held in July and the legal battle related to it continues in court.

Asked on chances of joining hands again with Panneerselvam if his camp apologised, EPS ruled out any scope for it.

He wondered if the party worker would pardon or accept OPS and his supporters for storming the AIADMK headquarters.

The lock of the AIADMK headquarters was broken open and vandalism was unleashed on July 11, he said.

Panneerselvam had led the violent attack on AIADMK office, he alleged.

“How will the cadres pardon or accept them back? This is a party of workers.” EPS accused OPS of being the ruling DMK’s “benami”, who wanted to break the party.

On speculation that the party’s name and symbol may be frozen by the Election Commission under the current circumstances of rivalry between the two camps, Palaniswami said there was absolutely no chance for such an eventuality.

“Anyone can lodge a complaint (with EC), but there must be evidence to support the claim.”

An overwhelming majority of party office-bearers, MPs and MLAs supported him, he said. Hence, there are absolutely no legal impediments whatsoever in respect of the leadership’s legality and bona fides. All along in its history, the party has successfully overcome the challenges it has faced and AIADMK workers would together work and bring back Amma’s rule and that is “our vow and goal.”

In view of Panneerselvam camp approaching the court over leadership issue, the party work on election of general secretary has got delayed, he said.

The Madras High Court had on September 2 allowed AIADMK leader Palaniswami’s appeal, setting aside an order of a single judge, which nullified the July 11 General Council (GC) meeting of the party. Palaniswami’s position as the single, supreme leader of AIADMK is established with this fresh court order. The court had quashed the August 17 order of Justice G Jayachandran, which ordered maintenance of status-quo ante as of June 23.