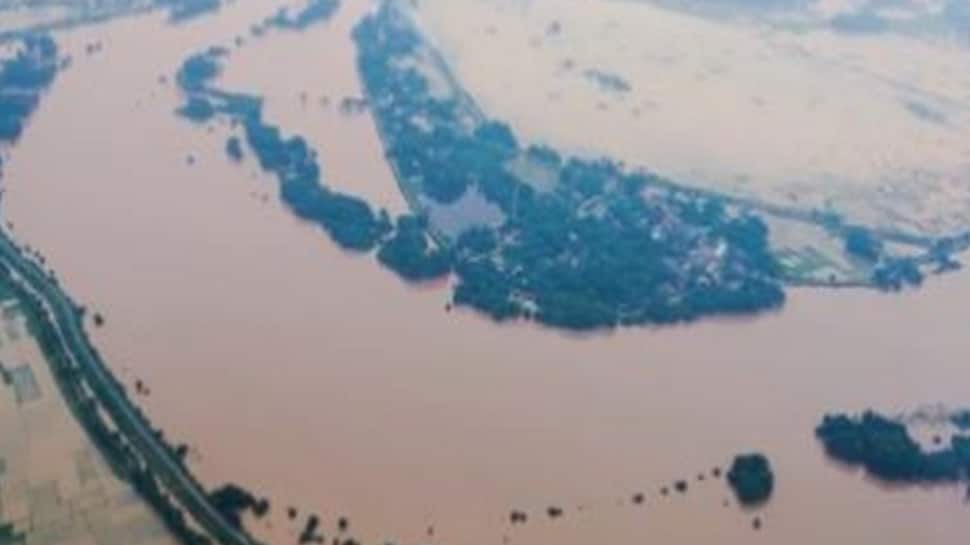 New Delhi: Odisha has been observing its worst climatic conditions over recent past years. With over lakhs of citizens affected due to floods, IMD has again issued a warning of heavy rainfall and landslides from September 9-11. The department also alerted of the formation of a cyclonic circulation over east-central adjoining south-east Bay of Bengal, making way for the formation of a low-pressure area over the west-central Bay of Bengal in the next 24 hours.
Umashankar Das, IMD Scientist from Bhubaneshwar told the agency that landslides might be expected in the state’s vulnerable hilly areas. Fishermen have been cautioned from venturing into the sea.

Fishermen have been advised to return to the coast from the deep sea by Thursday night, the Bhubaneswar Meteorological Centre said, adding that the monsoon trough passes through Jharsuguda and Balasore. They shouldn’t venture off the south Odisha and north Andhra Pradesh coasts on Friday and Saturday as the sea can be rough with wind gusting to 45-55 kmph.

Also Read: Bengaluru floods: 37,000 water bodies encroached upon across India, shows govt data
The Met Department issued a yellow warning of heavy rain in some places across Malkangiri, Koraput, Gajapati, Ganjam, Rayagada, Kandhamal, Nabarangpur, Kalahandi, Nayagarh, Khurda and Puri districts. It forecast heavy to very heavy rainfall of 70-200 mm in many districts of Odisha over the subsequent three days.
According to the official reports, heavy rainfall and subsequent floods during the second and third week of August have caused damage to as many as 14,235 houses and the cultivation of over 1.26 lakh hectares of agricultural land in 24 of the 30 districts of Odisha.
(With agency inputs)