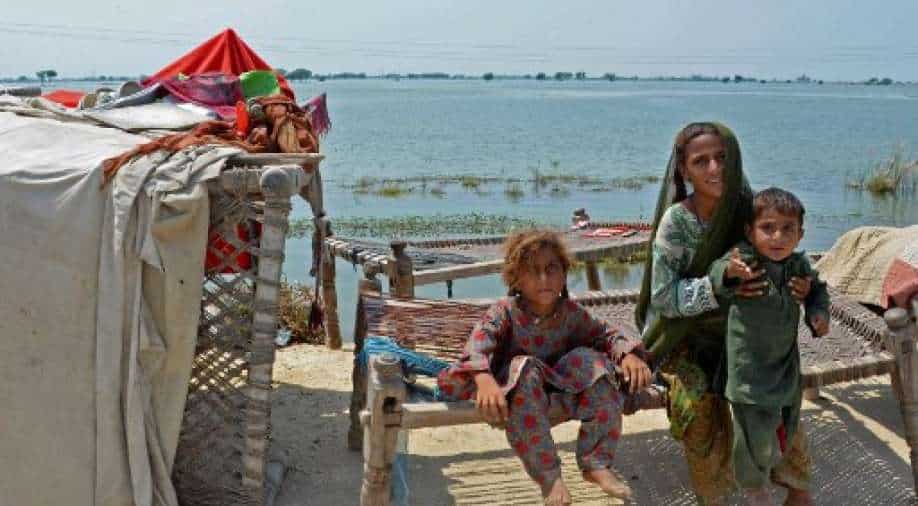 
It’s been over one month since the devastating floods in Pakistan began. The situation got worse when 200 families in Sukkur, Sindh province, of the country, protested after a six-year-old girl died from famine and illness at a temporary shelter.

The protesters claimed that the authorities failed to give them proper food and other relief commodities in time, the Dawn reported.

People were eagerly awaiting official assistance after arriving in Sukkur. Families said that officials came to gather information but didn’t send any aid, including food, medicine, and tents so that the children could be fed. The protesters further claimed that no medical assistance arrived to check on women and children who had been afflicted with illness due to rain.

Khalid Khoso, the girl’s father, said, “When our children started starving, we went to the mukhtiarkar’s office in Rohri for aid but we received neither food nor tents. In the meantime, my six-year-old daughter Razia died of starvation and disease,” ANI reported. He urged the district administration to take care and provide shelter, and food for the families so that no more kids die from famine.

Nearly 33 million people in Pakistan are homeless, affected by hunger and other illnesses brought on by the record-breaking rain and severe flooding.

Skin infections and other illnesses that have been recorded in the country are widespread in flood-affected areas, as per health department data from July to September.

The agriculture industry in Pakistan is likely to take the worst hit as a result of the floods, which have caused initial damage of P 18 billion.

Till now, as per the government estimates, rain, flooding, and other damages have claimed nearly 1,325 people. As long as the flood levels continue to rise, there will be tremendous pressure on the country and it will take a long time to recover from it.